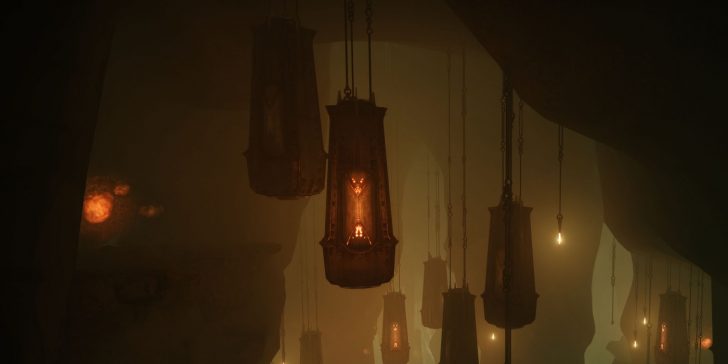 With Destiny 2’s The Witch Queen, the doors to the Throne World are finally open. Savathun introduces herself in the latest expansion with new gear, weapons, strikes, and many other activities to look forward to. Navigating this new era can be overwhelming, but don’t fret — we’re here to help. This guide explains the Destiny 2 Witch Queen Locate Sagira quest step, which happens during The Ghosts, the third main mission of the campaign.

In case you’re in need of more help, we have guides covering the brand new mods, how to unlock void grenades and your first Glaive, season pass rewards, where to find The Enclave in Mars, all triumphs for Season of the Risen title, how to solve the rune puzzle, how to complete the seasonal quest Operation Elbrus, walkthroughs for The Investigation, and Queens and Worms quests, how to get the Le Monarque, Grand Overture, Outbreak Perfected, and Osteo Striga catalysts, and all current bugs and issues.

The Ghosts is the third mission of The Witch Queen campaign. About halfway through it in the Temple of the Wrathful, the quest asks you to Locate Sagra. This happens in a dark room with three possible paths, a protected circle in the center, and an elite enemy called Brutiks, Lightbane. The objective here is to go through each one of the three paths and destroy a crystal. The problem is that all three are fairly dark, making it easy to get lost. But don’t worry, as we’ll go through them one by one.

Let’s start with the one on the right. I had already destroyed the crystal, hence why you don’t see a glowing mark at the entrance in the screenshot provided, but it’s the one next to another path. As you get close, you will see a massive structure in the middle with two possible paths — take the one to the left. From here, it’s fairly straightforward. Stick to the wall and turn around the corner to face a long corridor ahead of you. It may sound simple, but taking the wrong turn after the entrance left me confused for a good while. Make sure to destroy all Hive Membranes to give light the way. Once you’re out of the corridor and on your way to a big room, turn around the left corner. If it helps, you can notice slightly different lighting reflected on the floor — that’s your key cue. Once there, head inside the room with the monolith and destroy the crystal. You may have to defeat the enemies roaming around first, but they’re easy. The arrow on the left indicates where you just came from as a reference!

That’s one out of three — two more crystals to go to complete the Destiny 2 Witch Queen Locate Sagira step. Return to the main room again, and head towards the path on the left now. As soon as you get past the floating marking, you immediately see this tower-like structure. Take the path to the left to find yet another monolith. Once you’re facing the latter, turn right towards the corridor. This path is easier to follow, as the room with the crystal is noticeable right away. Head inside, shoot the crystal, and then head back to the main room again. Only one more path to go to complete the Destiny 2 Witch Queen Locate Sagira step. Once you’re back in the main room, the third and final path is located on the opposite side of the first two paths we went into. This is by far the easiest of the three paths. Head through the entrance and go to the left — after a short corner turn, you are greeted with a long corridor and a few enemies in it. Take them down and go all the way to the other side, where you can find a door on your right. The smaller arrow on the right indicates where you came from as a reference!

Head inside the door to find a large room with enemies, as well as the crystal floating on the far end. Take all enemies down, destroy the crystal, and that should be it. All set! You can now go ahead and return to the main room to fight Brutiks, Lightbane. Destroy the crystal in order to inflict damage to the enemy, although you won’t be able to kill them yet. Once that’s settled, you can head inside the previously locked pit. After getting through the pit, you finally come across Sagira’s location. This culminates in a proper boss fight against Brutiks. There are three rooms with the same marking as before but they’re much shorter. The only thing you need to know is that you always have to kill the Shimmering Chieftans around the crystals in order to destroy the protective barrier around them. Repeat this a couple of times to finish The Ghosts. As a final tip, destroying Hive Membranes blinds enemies around them. Congrats on completing the Destiny 2 Witch Queen Locate Sagira objective!