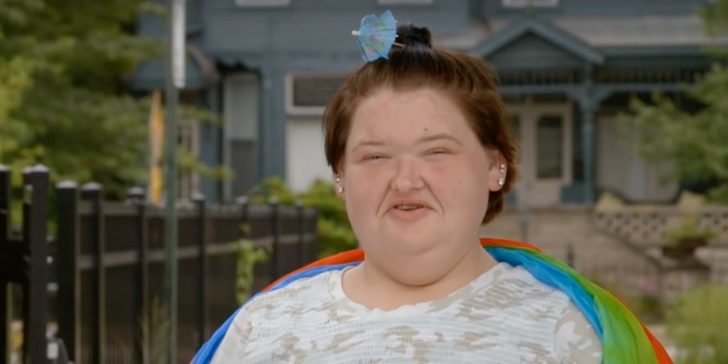 Amy Slaton and her family move out of her and Tammy’s shared Kentucky duplex to a one-story, 1,584 sq. ft. property in Morganfield that cost $37,000.

While preparing to expand her family with baby number two, 1000-Lb Sisters star Amy Slaton has decided to move out of the Kentucky Duplex she shares with sister Tammy Slaton. Amy and Tammy moved in together during season 3 of their weight loss show. While the sisters lived together, Amy was Tammy’s caregiver, and despite the occasional disagreements, the sisters remained together. However, as their weight loss journey progressed, Amy lost enough weight to have her bariatric surgery, but Tammy has been finding it rather difficult to shed weight.

With her new body size, Amy, who is married to Michael Halterman, decided she was ready for a baby. The 34-year-old reality star welcomed son Gage last year, and since his birth, Amy’s desire to have another child became stronger. Her interest in a bigger family also fueled her desire to leave Tammy’s home. Months after Gage’s birth, Amy revealed that she and Michael are expecting a second child, which further increased her stance on having her own space.

Amy finally moved out of Tammy’s $239,000 duplex when she purchased a new abode for her family in Morganfield. In Touch confirmed the reality star purchased the home for $37,000. The one-story, 1,584-square-foot property was up for sale back in July 2021. On how her family found the house, Amy revealed, “We were driving around one day and we saw the sign and we’re like, ‘There’s our sign, we need to move.” Amy also explained that her son had been sleeping in the kitchen, and she wanted him to have his room. In addition to wanting a comfortable environment for Gage, Amy said, “I knew we were going to have another kid, so I made sure we had enough room for both of them.”

Meanwhile, no one is currently staying at the four-bedroom, two-bathroom property as Tammy is away at a weight-loss rehab facility. However, Tammy is still paying for the Kentucky Duplex as she focuses on her health. The 35-year-old reality TV star recently shared a series of photos as she presumably celebrates improvements in her weight loss journey so far. Tammy lost 115 pounds in just 30 days of her stay at the Ohio-based rehab center. Her brother, Chris, said of her progress, “I’m overjoyed that she’s ready to get on this train and start rolling down the tracks.”

The last few weeks have undoubtedly been awesome for 1000-Lb Sisters stars Amy and her sister Tammy who are achieving their goals. Amy has finally gotten the home she wants and is also about to welcome her second baby. Tammy’s recent progress with her weight loss journey is also another exciting event for the sisters as well as their family, and Chris’s words are proof of that. However, as things seem to be going as planned for Tammy and Amy, one can only hope there will be no setbacks.

Next: 1000-lb Sisters: Why Tammy’s Journey Is So Hard To Watch In Season 3

90 Day Fiancé: Jasmine Reveals She Was Fired From Job Due To Gino’s Ex