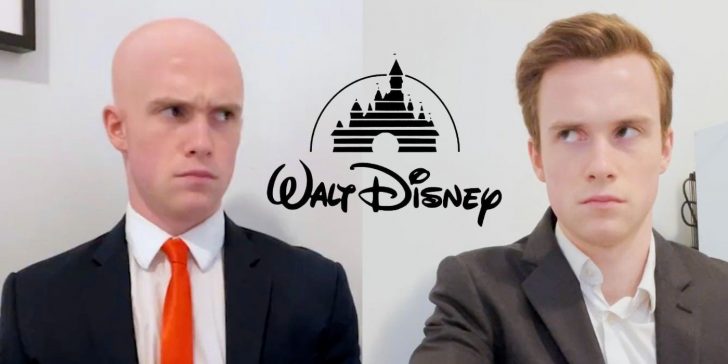 Disney’s recent struggles are parodied in a TikTok imagining a board meeting at the company, including “Don’t Say Gay,” a CEO feud, and Eternals.

Disney’s recent woes regarding its ambiguous attitude towards Florida’s “Don’t Say Gay” Bill and internal issues have been parodied in a TikTok video. Disney has recently been going through a difficult time in terms of its public image, despite positive reactions to its recent releases, Encanto and Turning Red. Though Disney’s troubles are multifarious, including a feud between the company’s current CEO and his predecessor, most of the recent backlash against them has focused on its monetary support for a Floridian anti-LGBT bill.

Florida’s Parental Rights In Education Bill has recently been widely referred to on the Internet as the “Don’t Say Gay” Bill and has become the subject of intense controversy, particularly due to Disney’s ambiguous neutrality regarding the bill and monetary connections to its proponents. If passed, the bill would legislate against the teaching of any LGBT topics from when children are in kindergarten until the third grade. Despite a statement ostensibly condemning the bill, the company’s general inaction has been the source of discontent amongst employees and has led to walkouts amongst staff and talent, including by the cast of Raven-Symone’s sitcom, Raven’s House.

A TikTok video from Daniel Toomey for Morning Brew imagines a board meeting at the Walt Disney Company in which the company’s executives and shareholders discuss the reaction both to the company’s neutrality regarding the “Don’t Say Gay” Bill and its additional troubles regarding the feud between former CEO Bob Iger and current CEO Bob Chapek. Toomey imagines Chapek and Iger as passing notes between one another like high-schoolers in the midst of the discussion, while using the video’s punchline to highlight the mixed-to-negative response to the company’s latest Marvel outing, Eternals. Watch the video, which was also posted on Morning Brew’s Twitter below:

Though controversy around Disney’s stance on the “Don’t Say Gay” Bill has mainly revolved around Chapek’s refusal to unequivocally condemn both the bill and the lawmakers supporting it, the public discourse surrounding the issue has additionally led to allegations from numerous Pixar employees suggesting that the company has deliberately suppressed LGBT+ content. Most recently, Pixar’s upcoming feature, Lightyear, has had a same-sex kiss re-added after complaints from staff that it had been censored. The allegations add further pressure onto Chapek, whose statement affirming Disney’s support for the LGBT+ community was widely seen as too little too late.

Regardless of the moral dimension of Disney’s attitude towards “Don’t Say Gay,” for good or for bad money talks, and Toomey’s video parodying a Disney board meeting imagines a world in which the company’s recent woes threaten to genuinely financially hit the company and its investors. The recent walkouts and staff revelations regarding the bill may mean that there are indeed consequences for Disney and Chapek if they continue to prevaricate on the bill – and the reinstatement of the Lightyear kiss may be testament to this pressure. Combined with the company’s internal conflict between Chapek and Iger, as well as the lukewarm reception to Eternals, Disney may genuinely be about to find itself in a difficult position.