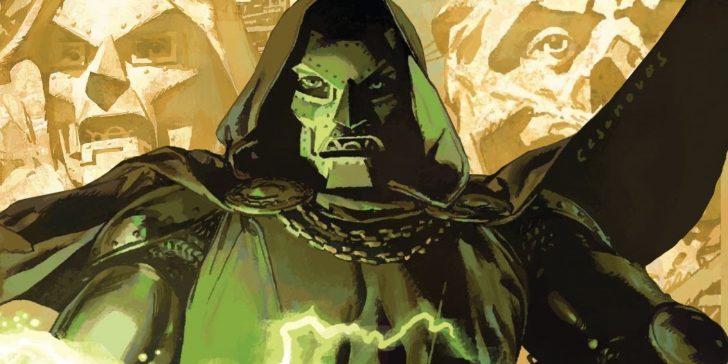 Doctor Doom’s design and iconic armor is key to the Marvel villain’s appeal, and one fan’s brilliant cosplay proves it’s essential to any adaptation.

In the world of Marvel Comics, few villains are as iconic as Doctor Doom, and a large part of that is his distinctive armor. Yet Doom’s armor is one that film adaptations have tended to shy away from, making it all the more impressive when fans like Christian Perera on Instagram (@christianperera_) bring the emerald-clad emperor to life.

Even across the vast realm of fiction, there aren’t many characters who look like Victor Von Doom. He walks around in a hooded cloak and a tunic bound to his waist by an almost comically large leather belt. All of this is draped over his armor which, despite its medieval appearance, is as advanced as any Iron Man creation, with the surplus benefit of enchantment. His image has been faithfully realized on film exactly once: in Roger Corman’s Fantastic Four (1994). Though the details were accurate down to that little pistol he used to carry, the film’s abominable reception may have been part of Fox’s desire to overhaul the team’s image entirely. But if Christian’s efforts are any indication, some fans are still willing to give it another shot.

Perera posted photos of his nearly page-perfect cosplay from Katsucon in Maryland. The essential elements are all there—verdant cloth, oversized buckle, and of course the golden chain clasp. But there are also embellishments on the actual armor that make the design feel more personal. He’s affixed sleek pauldrons to Doom’s shoulders and his joints and knuckles are sharply filed, giving a jagged edge to this interpretation. As an extra touch, the first post is captioned with lyrics by late hip hop legend MF DOOM, who was himself a massive fan of the character. On his second post in costume, Christian writes ”I got a Ph.D. in Destruction”, and though it remains debated whether Doom actually is a doctor, causing devastation is certainly one among his many skills. But the importance of his costume goes deeper than simply the intimidation it brings.

In many ways, Victor Von Doom is similar to certain tragic figures of ancient Greek folklore; a man felled by hubris and continually in pursuit of his own mythology. His armor is an extension of the mask he wears to shield his scarred face because, proud as he is, he cannot bear to be seen. He’s a man of contradiction and his design reflects that: medieval and modern, scientist and sorcerer, pariah and protector, friend and foe. Those things that seem preposterous or inauthentic about his appearance are in fact the very aspects that make him so compelling.

Studios have been changing comic book costumes since as early as X-Men (2000), when some viewers may have been dismayed to see Wolverine abandon his trademark shark fin mask. But while most of these diversions have been for purely aesthetic reasons, Doom is one character who really only works if you fully invest in his premise, wrought iron and all. It remains to be seen how the Latverian monarch will enter the MCU, but at least until his next silver screen appearance, comic readers have dedicated fans like Christian to show us what Doctor Doom could look like in full effect.

Justin Winley is an actor and writer out of Harlem, New York. He graduated from Pace University with a degree in film studies in 2021, and currently offers his writing to media journalism outlets like Screen Rant and StyleCaster.

You can hear more of his opinions on pop culture, film critique, and the like by following his two podcasts: Harlem’s Very Own + The Media Morgue, both available wherever you like to listen.