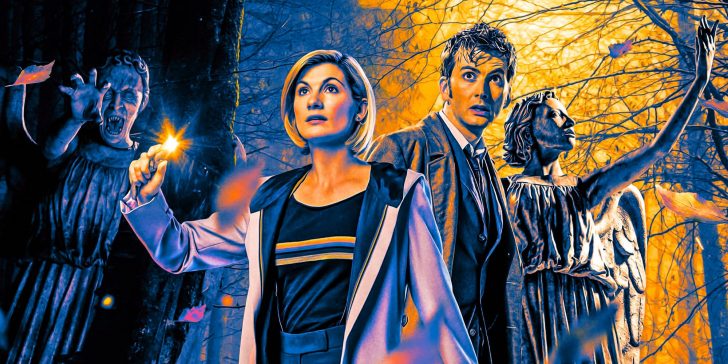 The pursuit of profit in the form of multi-Doctor comics, audios and novels cheapens any apocalyptic catastrophe that requires the Doctors to team up.

At a 2022 SupaNova convention panel in Melbourne, Australia, Ninth Doctor Who Christopher Eccleston observed that multi-Doctor stories were a “cash-grab,” and he’s right. The very first multi-Doctor story was 1972’s The Three Doctors, written by Bob Baker & Dave Martin as the attention-grabbing opening serial of Doctor Who’s tenth season, setting the tone for anniversary specials, such as 1983’s The Five Doctors. After the series went off-air in 1989, this multi-Doctor format was still a part of the 30th and 40th anniversaries in 1993 and 2003 via charity special Dimensions in Time and the Big Finish audio Zagreus. 2013’s blockbuster special The Day of the Doctor paired the 11th and 10th Doctors with the previously unknown War Doctor incarnation to save Gallifrey, and heal the Doctor’s battle scarred psyche.

Christopher Eccleston turned down a Doctor Who return for The Day of the Doctor, and he has said his absence improved the special by introducing a new aspect to the character via John Hurt’s War Doctor. Eccleston eventually returned in an ongoing series of audio dramas for Big Finish, who have enthusiastically embraced the multi-Doctor story as a narrative device that is no longer reserved for special occasions. There’s an annual series of plays entitled Out of Time, in which David Tennant’s 10th Doctor pairs up with the surviving classic Doctors, and regular team-ups of other Doctors. However, these multiple multi-Doctor stories aren’t just confined to Big Finish audios, as Maze Theory games, Titan comics, and BBC books have been releasing various team-ups since the floodgates opened with the 50th anniversary.

Presumably, Christopher Eccleston has to sign off on the use of his likeness whenever the Ninth Doctor is included in something like Time Lord Victorious, so it’s easy to see how he could get this impression. It’s clearly a side-effect of a pop culture landscape littered with shared universes and expansive mythologies. It’s unsurprising that businesses that make their money from Doctor Who are keen to exploit almost six decades of mythology and various incarnations of the lead character. The issue is that this pursuit of profit in the form of multi-Doctor comics, audios, and novels cheapens the idea of the anniversary special. A universe-ending catastrophe that requires the Doctors to team up isn’t as special if they’re regularly bumping into each other across spin-off media.

In the SupaNova panel, Eccleston also stated that if the BBC did want him to return, they should get him back on his own. It’s this statement that hints at a potential fresh spin on the anniversary special which could lay the groundwork for Jodie Whittaker’s replacement. Each Doctor could feature in their own episode of an anniversary anthology, trying, and failing to avert some universe-ending catastrophe, perhaps even dying in the process. The 14th Doctor’s first story could see them reach the point, centuries later, where they’ve worked out how to save the day, setting the universe back on-course and restoring the past Doctors to life. Rather than wallow in nostalgia, it could be a bold statement of the future of the series saving it from the past.

Rather than a hollow cash-grab, it would be a fresh take on the multi-Doctor story, pushing the actors into new areas to explore as their Doctors. 2023 will mark 20 years since Doctor Who was renewed by the BBC, what better way to celebrate that than with a new, solo Christopher Eccleston adventure? It would be the perfect celebration of the man who’s responsible for bringing the character back so successfully. It would also movingly pass the torch between Russell T Davies’ first era, and his next.

Mark Donaldson is a movie and TV features writer for Screen Rant. His film tastes range from Chinese social realism to dumb popcorn movies. He is also a freelance film programmer who puts together local film festivals.