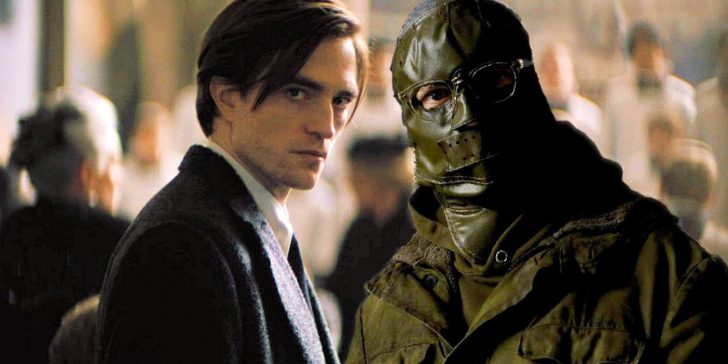 Does The Riddler know that Bruce Wayne is Batman in Matt Reeves’ The Batman movie? The film implies it, but one detail confirms if he does or not.

Warning: SPOILERS for The Batman.

It’s heavily implied that The Riddler knows Bruce Wayne is Batman during the interrogation scene in The Batman movie, but does he really, or was something else going on? Secret identities are a core part of superhero comics, movies, and TV shows. The underlying theme of virtually every DC and Marvel comic book adaptation is that a superhero’s family, along with their closest allies, would be in danger should their identity get out, not to mention they wouldn’t be able to operate in the shadows anymore.

Strangely, many superheroes let their secret identities go and they become one and the same, but not Batman. In some stories, even members of the Justice League don’t know who he really is. He’s gone his entire career with his allies like Commissioner Gordon not realizing that the person underneath the cowl is actually Bruce Wayne. Interestingly, while that part of the Dark Knight’s mythos remains in tact in The Batman, there was a moment between Batman and Riddler that suggested the villain knew Bruce Wayne was Gotham’s Caped Crusader.

Throughout The Batman, Riddler addresses all of his notes and riddles to Batman, and once the villain is finally captured and taken to Arkham, he requests the superhero meet him in person. This comes after Riddler attempted to murder Bruce Wayne but incapacitated Alfred Pennyworth instead. So when Riddler and Batman meet, Riddler begins by slowly and forcibly crying out Bruce Wayne’s name while looking at Batman. His dialogue, mannerisms, and eye contact heavily imply that he knows Bruce Wayne is Batman, and Batman is even concerned himself given how much Riddler knew about Gotham’s corrupt elite. But The Riddler didn’t know Bruce Wayne was Batman.

The moment Riddler says “he” instead of “you,” Batman eases up and walks into the light for the first time in that scene because he knows that Riddler doesn’t know his true identity. Riddler even talks about failing to kill Bruce Wayne, but accredits his success with him and Batman working in tandem, an insinuation that Batman vehemently refutes. The moment forces the audiences to question, why would Riddler believe he was working with Batman in trying to murder Bruce Wayne if he knew Bruce Wayne was Batman?

By the time The Batman’s credits roll, only one person for sure — Alfred Pennyworth — knows he is Bruce Wayne. The other woman who works in Wayne Tower might potentially know Batman’s secret as well, but it’s not confirmed nor implied. As long as the overarching narrative maintains its course, people like Batman’s villains and Jim Gordon may not find out Bruce Wayne is the Dark Knight until The Batman 3, if ever — and that’s the way that it should be. The brief suggestion was good to keep viewers on edge, waiting for a bombshell twist, but it’s good that it never came.

Next: All 19 DC Movies Releasing After The Batman