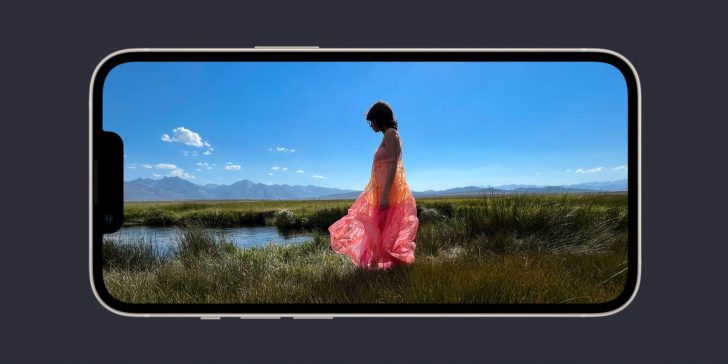 The iPhone 13 lineup has a tremendous amount to offer — but is one of those things 120Hz support? Here’s how Apple’s using fast refresh rate screens.

Apple crammed a lot of features into the iPhone 13, but is a 120Hz display among what’s included? It’s an exciting time whenever any new iPhone comes out. Apple holds a flashy press event announcing its latest handsets, all of the tech news sites cover it like crazy, pre-orders open up, and then the new phones eventually go on sale for everyone to buy. No matter if an iPhone has substantial upgrades or subtle year-over-year changes, the hype around an iPhone launch is always unavoidable to some degree.

For 2021, the latest round of iPhones took the shape of the iPhone 13 series. The handsets have Apple’s A15 processor, longer battery life, and improved cameras. They aren’t dramatic upgrades over the iPhone 12 lineup, but they manage to further improve the iPhone experience without raising the prices. For anyone upgrading from an iPhone 11, XS, or older, any entry in the iPhone 13 family is an easy recommendation.

That said, there is one important factor to consider before buying. 120Hz displays have become all the rage over the last few years. They allow for smoother scrolling, more responsive games, and are now a staple on most flagship Android devices. Unfortunately,  the iPhone 13 and iPhone 13 mini do not have a 120Hz refresh rate of any kind. Instead, they’re stuck with the traditional 60Hz speed that we’ve had for years.

Only The iPhone 13 Pro Models Have 120Hz

If that comes as a disappointment, it may be worth upgrading to the iPhone 13 Pro or iPhone 13 Pro Max. The two Pro variants come with 120Hz displays — making them the first iPhones ever to do so. Whenever someone’s scrolling or interacting with an iPhone 13 Pro, the display ramps up to 120Hz to make it feel noticeably faster. The processor in the iPhone 13 and 13 Pro is exactly the same, but having a display that’s twice as responsive is a big deal. What’s even cooler is the LTPO display technology behind the two Pro models. When someone isn’t interacting with the iPhone and is looking at a photo/reading an article, the refresh rate goes all the way down to 10Hz to help conserve battery life. If the display was constantly running at the full 120Hz, battery life would take a huge hit. But since it can scale down as needed, you get that extra smoothness and great endurance. It’s a win-win.

Furthermore, that 120Hz functionality has gotten better since the iPhone 13 Pro and Pro Max launched in late 2021. Ever since the phones’ release, only certain applications have taken advantage of the 120Hz smoothness. Some apps run at 120Hz just fine, others still show 60Hz animations, and it’s been a constant pain. Thankfully, this is something Apple’s improved. As of January 2022, the iOS 15.4 developer beta allows all iPhone apps to run at the full 120Hz — resulting in smoother scrolling and animations regardless of what app you’re using. iOS 15.4 is only available to developers at the time of publication, but when it releases to the public later this year, that means smoother apps for all 13 Pro and 13 Pro Max owners.

Is it worth upgrading to an iPhone 13 Pro or Pro Max just for the 120Hz capability? That ultimately depends on each person. Some people are very sensitive to fast refresh rate screens, whereas others can’t tell the difference between 60 and 120Hz. If you can, try using a regular iPhone 13 and a 13 Pro at the nearest Apple store, Best Buy, etc. Test them out side-by-side, figure out if the change in fluidity is worth spending more money on, and go from there. The Pro models have other upgrades too — like a telephoto camera and even longer battery life — but 120Hz support is certainly the biggest advantage.

Next: Why iPhone 13 Pro Max’s Display Is The Very Best