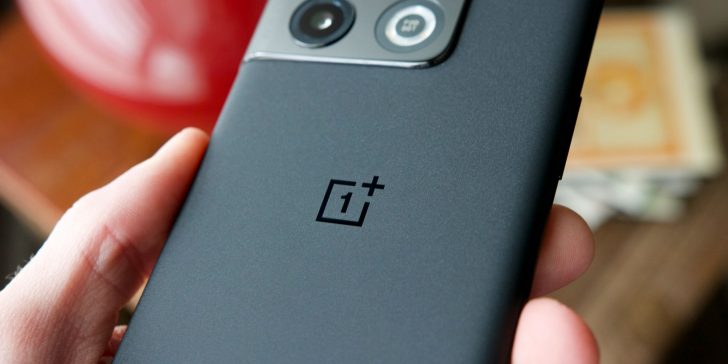 Like other flagships, the OnePlus 10 Pro is a 5G smartphone. But that’s only partially true. Here’s what you need to know about its 5G support.

The OnePlus 10 Pro is a smartphone that seems to have it all — but its 5G support could be a deal-breaker for some shoppers. 5G has been the big talking point for carriers and smartphone manufacturers for a few years now. And in 2022, the 5G reality is finally taking shape. All major U.S. carriers have growing 5G coverage, virtually all flagship smartphones support 5G, and even some budget devices connect to the faster networks.

As expected of an $899 smartphone, the OnePlus 10 Pro checks as many boxes as possible. Need fast performance? There’s a Snapdragon 8 Gen 1 chipset. Want a big and vibrant display? The 10 Pro has a 6.7-inch AMOLED panel with a 120Hz refresh rate. Looking for a reliable battery? You get a 5000 mAh battery that supports 65W charging. It’s a good-looking phone on paper — and one that holds up quite well in actual use.

Related: Is The OnePlus 10 Pro Waterproof? Everything You Need To Know

Unfortunately, one area where the OnePlus 10 Pro drops the ball is its 5G connectivity. Like all 5G smartphones, the OnePlus 10 Pro connects to sub-6 5G networks. Sub-6 is the lower tier of 5G. It’s not a dramatic increase over 4G LTE, but it delivers faster speeds and reliable coverage. What’s disappointing is how the OnePlus 10 Pro doesn’t support mmWave 5G. mmWave isn’t nearly as widespread as sub-6 5G and is often limited to dense cities. However, it’s the type of 5G that lets users get 500Mbps, 1Gbps, and even faster download speeds. mmWave 5G is available on the iPhone 13, Galaxy S22, and other competing flagships. Likely as a way to save money, however, mmWave 5G is not on the OnePlus 10 Pro.

The OnePlus 10 Pro is also compatible with Verizon’s 5G network. The certification didn’t arrive until April 14, but as of that date, Verizon 5G also runs without a hitch on the 10 Pro. More specifically, Verizon’s 5G Nationwide coverage and C-band Ultra Wideband. You won’t be able to use Verizon’s mmWave 5G service, but unless you live in a major city in the U.S., that shouldn’t be too big of an issue.

And, of course, there’s AT&T. Simply put, the blue-clad carrier isn’t a good match for the OnePlus 10 Pro. AT&T’s 4G LTE service works fine on the phone, but if you want any sort of 5G coverage, you’re out of luck. Like past OnePlus handsets, the 10 Pro isn’t certified for AT&T’s 5G network — and there’s no indication that’ll change any time soon. It’s unclear why OnePlus and AT&T still can’t get along in this way, but if you have the OnePlus 10 Pro and want 5G speeds, try to avoid AT&T if you can.

Does any of this really matter? In the short-term, probably not. 5G networks on all carriers still have lots of room to grow. From faster speeds, more reliable connections, and wider availability, it’ll be a while before 5G is as ubiquitous as 4G LTE. But when that day comes over the next couple of years, the OnePlus 10 Pro’s 5G troubles will be much more noticeable. And with competing handsets like the iPhone 13 and Pixel 6 Pro available without those compromises, it puts the OnePlus 10 Pro in a tough spot.

Next: 5G: What’s The Difference Between sub-6 & mmWave?