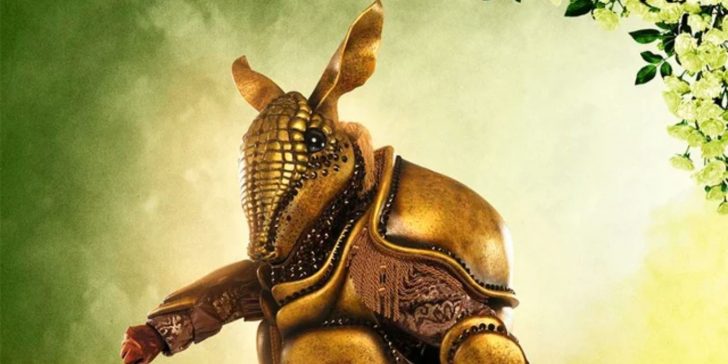 The Masked Singer contestant Dog the Bounty Hunter admitted that he couldn’t see anything while he was in his Armadillo costume on the show.

The Masked Singer contestant Dog the Bounty Hunter admitted that he couldn’t see a thing while in his Armadillo costume. The reality TV star graced the stage during episodes four through six as a part of the second group of contestants on season 7. Duane “Dog” Chapman, who represented Team Good, competed against Lemur, Hydra, Miss Teddy, and Ringmaster. The contestant made it to the final three but unfortunately was sent home during a double elimination along with Miss Teddy, who was revealed to be Dream Girls star Jennifer Holliday. Ringmaster was the last contestant standing, meaning she will appear again during the finale to perform with FireFly and one other finalist still to be determined.

During his time on The Masked Singer, Armadillo performed covers of songs like “Secret Agent Man” by Johnny Rivers and “Amazing Grace.” Judges initially struggled to guess his identity, speculating it could be Point Break actor Gary Busey or Fast & Furious star Vin Diesel. However, by elimination, panelists Jenny McCarthy and Nicole Scherzinger correctly guessed that Dog was behind the costume. Ken Jeong, however, was insistent that Academy Award Winner Al Pacino was behind the costume, an absurd prediction that no one else agreed with. Even guest panelist Leslie Jordan found the guess comically bad.

After his elimination, Dog has shared what it was like wearing the costume, even revealing that he couldn’t see anything while performing as the Armadillo. In an interview with Page Six, the contestant detailed many of the difficulties he faced in the 200-pound costume. While discussing the costume, Dog explained, “you can not see. You can see lights and color, but you can’t see people.” He went on to reveal that his eyes were down by Armadillo’s chin, making it impossible for him to see what was going on around him.

According to the star, the reason The Masked Singer has the men in black walk contestants out onto the stage is that none of them have clear vision in their costumes. “It’s like walking a plank,” Dog joked. Some other fun facts fans may not know is that contestants actually have to sing into the microphone they’re holding. Dog revealed there is no headset microphone inside the costume like some might expect there to be. During one episode, Dog took quite the fall in his Armadillo costume but luckily, the costume was padded on the inside, so he didn’t suffer any injuries. The contestant also shared that the costume is difficult to stand up in, as his shoes were glued into the costume.

Whether contestants are the top vocalists or not, they deserve props for bearing the elaborate costumes on the show. Luckily, Dog seemed to have a great time on The Masked Singer and didn’t mind some of the difficulties that came with his Armadillo costume. It’s always interesting to hear what goes on behind the mask during performances, as it’s typically not what some might expect. While Dog’s time on the show may have ended, his high energy and dedication to his performances will be remembered throughout the seasons to come.

Next: Masked Singer: Dog The Bounty Hunter Had To Sing To Wife Before Competing

The Masked Singer airs Wednesdays at 8 p.m. EST on FOX.