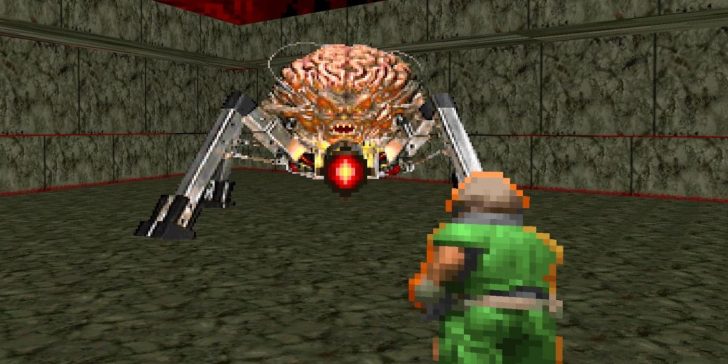 John Romero claims to have discovered the “Holy Grail” of Doom, in the form of a rare CD copy of the final version of the original Doom.

Doom co-creator John Romero claims to have found the “Holy Grail” of Doom, in the form of a CD copy of the game from its final print run. It’s easy to play the Doom trilogy on modern consoles, thanks to an amazing Unity port that cleans up the visuals and adds controller support, but it’s also not difficult to find the old PC versions online.

There was a time when Doom was seen as a technological marvel, with developers racing to get the game running at an acceptable rate on consoles. The original console ports of Doom during the 16-bit era were notoriously terrible, but the game was running pretty much flawlessly on 32-bit systems. Over time, video game hardware improved to the point where running Doom was no longer a challenge. Nowadays, it has become a running gag for people to get Doom running on all kinds of devices, with there even being a version of Doom that runs on a pregnancy test.

This CD is from registered DOOM and was sold by mail by id Software in 1995. It’s the last CD pressing of the game and is v1.9. More… pic.twitter.com/Mby1MQANO6

The modern remaster of Doom that a lot of players are familiar with is based on The Ultimate Doom, as it contains the fourth episode. The 1.9 version of Doom was supplanted by The Ultimate Doom, which is likely why the CD version is so rare. It’s easy enough to find the original version of Doom for free, as id Software made the source code available online for those who want to see how it was put together. The modern remasters of the Doom series are also cheap to buy, with all of the Doom games available on Game Pass. There are many ways to play Doom in the modern era, but there are still some rare copies of the game out in the world.