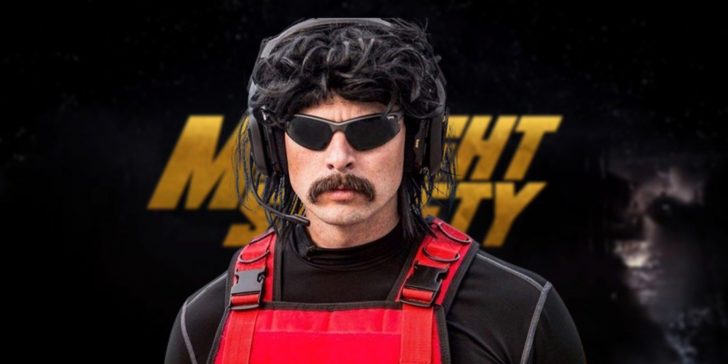 Streamer and now game developer Dr Disrespect has responded to backlash against his upcoming game, Midnight Society, for the inclusion of NFTs.

Dr Disrespect is actually no stranger to game development. Prior to his streaming career, Beahm worked at Sledgehammer Games as the Community Manager. While there he worked on games including Call of Duty: Advanced Warfare, contributing to the game’s level design and multiplayer maps. After leaving the game development side, Beahm adopted the moniker of Dr Disrespect and began streaming shooters. In December 2021, Dr Disrespect announced that he and several other former Call of Duty and Halo veterans would be collaborating to develop a new AAA title, Midnight Society. Little else is known about the title, other than it will be a multiplayer, PvP game.

However, the recent announcement that Midnight Society would feature some integration with NFTs, or nonfungible tokens, has sent the community into a frenzy, with much anger being directed at Dr Disrespect. As a result, according to Win.gg, Dr Disrespect has responded in a recent stream, assuring players that they will not have to buy an NFT to play Midnight Society and the gameplay experience would not drastically change whether or not a player buys NFTs. Unfortunately, many other players and onlookers are not convinced.

According to Dexerto, fellow streamer Asmongold has stated that Dr Disrespect is making a massive mistake by leaning into NFTs. Asmongold, who has been quite outspoken about his distaste for NFTs in the past, said that integrating NFTs into Midnight Society hurts Dr Disrespect’s image as an authentic gamer acting for the community. Asmongold went on to call NFTs a “scam.”

NFTs have become a hot-button topic in the financial world for how much money they can make (or lose) an investor. In the gaming space, though, NFTs are incredibly controversial. Many players strongly reject NFTs for reasons like Asmongold and for their environmental impact. This is a big reason as to why there was such a vicious backlash against Dr Disrespect and Midnight Society.

Although Dr Disrespect might still reverse course on NFTs, there is no doubt some players’ opinions of him have changed. While he still has a massive fanbase that will be eager to purchase Midnight Society whenever it drops, some will be turned off by any NFT integration. Whether or not they ultimately end up a part of Midnight Society, whether large or small, remains to be seen.