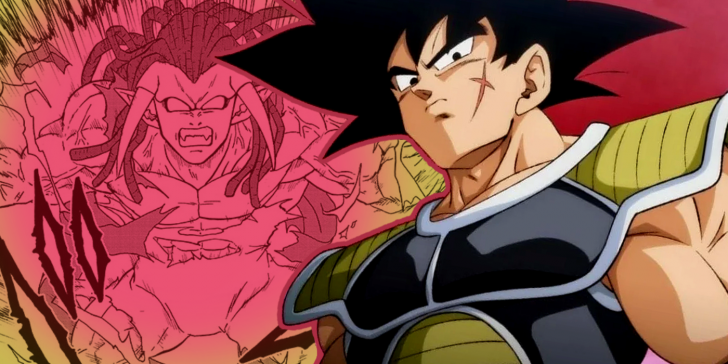 With several cameos in recent chapters of Dragon Ball Super, Bardock’s Super Saiyan form could be shaping up to make its glorious return.

Bardock, the father of Goku has always been a fan-favorite character, and recent chapters of Dragon Ball Super seem to be hinting at the return of the long-lost Saiyan warrior. The most recent arc of Dragon Ball Super has featured several cameos from Bardock while exploring the history of the Saiyans. These cameos, alongside the fact that Bardock is said to have defeated the powerful warrior Gas, are turning Bardock into a figure of central importance as the arc unfolds.

In chapter 77 of Dragon Ball Super, Bardock is shown invading Planet Cereal alongside the rest of Frieza’s Army. The invasion takes place underneath a full moon and, with the power of the Saiyan’s Great Ape transformation, the Cerealian forces are quickly decimated. In the aftermath of the battle, Bardock finds one Cerealian named Muezli and her son Granolah. While thinking of his own family, Bardock decides to spare the two Cerealians and take them to the only other survivor left on the planet, a Namekian named Monaito. Later on while sheltering them, Bardock is interrupted by the Heeter clan after Granolah accidentally gives away their location. In the ensuing chaos. Granolah’s mother is killed and Bardock takes on the Heeter clan’s strongest fighter, Gas, but the battle isn’t shown.

Related: Dragon Ball’s Bardock Retcon is Everything Fans Wanted Back In the ’90s

Later in chapter 80, Monaito reveals that when Bardock pushed Gas to his limit, Gas unleashed his berserker form on the Saiyan warrior. Vegeta and Goku are left wondering how Bardock managed to defeat Gas all those years ago but Monaito states he was unconscious during the whole ordeal. This leaves plenty of room for interpretation as to how Bardock defeated Gas but there is one theory that may hold weight.

In the movie Dragon Ball: Episode of Bardock, Bardock is sent to the past through unknown means and ends up battling Frieza’s ancestor Chilled. In the battle, Bardock is almost killed but his rage and power manage to push him to the pinnacle of Saiyan power: Super Saiyan. Using the newly unleashed ability of Super Saiyan, Bardock’s power skyrockets and he easily defeats and humiliates Chilled. The 50x power boost of Super Saiyan could be all Bardock needed to handle a foe like Gas, even while wounded or exhausted. Because of how consistently Bardock has been featured throughout this arc, some fans have begun to speculate that Bardock already unlocked Super Saiyan in the past to defeat Gas.

Bardock has made numerous appearances throughout the Granolah arc of Dragon Ball Super, and it’s no secret that the fight between him and Gas will act as some kind of big reveal later in the series. Gas’ berserker form is also currently the strongest antagonist Goku and Vegeta have ever faced and both Saiyans are at a loss for how to defeat him. Gas has also drawn comparisons between Goku and Bardock, stating that Goku lacks his father’s “ferocious nature.” The battle with Frieza’s army does poke some holes in this theory, as Bardock was shown fighting henchmen in only his base form in the Dragon Ball Super: Broly movie but with the growing frequency of Akira Toriyama’s retcons, almost anything is possible.  While other paths forward exist, there is certainly a mountain of evidence pointing towards a Dragon Ball Super reveal where Bardock brings out his Super Saiyan transformation once more.