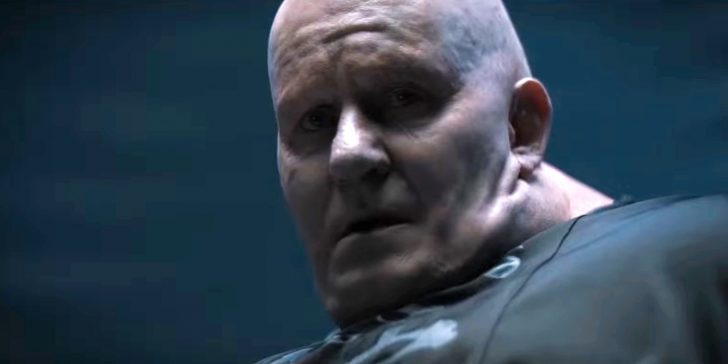 Denis Villeneuve teases story details for Dune: Part 2, the much-anticipated sequel to his 2021 sci-fi hit, including a closer look at the Harkonnens.

Director Denis Villeneuve teases story details for Dune: Part 2 the much anticipated sequel to his 2021 smash-hit Dune. The film is an adaptation of the novel by Frank Herbert, which follows the story of young Paul Atreides as he discovers that he is destined to become a religious leader on the desert planet Arrakis. Since its release, Dune has been nominated for 10 Academy Awards, including for the highly coveted Best Picture category.

Dune is, in fact, an adaptation of only the first half of Herbert’s book. Villeneuve believed that the novel was too dense to be able to be told in one film, and therefore decided to split the story into two. This was initially a risky decision to make, as Warner Bros. decided that they would only give the go-ahead for a second film if the first performed well at the box office and on HBO Max. This left many fans worried they would not be able to see the conclusion to Paul’s story. However, Dune was such a massive success upon its release that Warner Bros. greenlit the sequel almost immediately, and since it was announced, fans have been eagerly awaiting any information on the progress of Dune: Part 2.

In a recent interview with Empire, Villeneuve hints at some details that will be part of the story of Dune: Part 2. In Herbert’s novel, attention is split between the Atreides family and the evil Harkonnen family. For the first Dune film, the director decided he would focus more on the Atreides and the Bene Gesserit organization, stating, “When you adapt, you have to make bold choices in order for the things to come to life.” Villeneuve reveals that, with the second film, he will delve more into the Harkonnen side of the story, teasing the appearance of Feyd-Rautha Harkonnen. See his full quote below:

When you adapt, you have to make bold choices in order for the things to come to life. And I think that was the best way to introduce this world to a wide audience. Now in the second one, I want to have more flexibility, and it will be possible to go a little bit deeper into some of these details. It’s like a chess game. Some new characters will be introduced in the second part and a decision I made very early on was that this first part would be more about Paul Atreides and the Bene Gesserit, and his experience of being in contact for the first time with a different culture. Second part, there will be much more Harkonnen stuff.

Villeneuve also reveals in this interview that Dune: Part 2 is supposed to begin filming by the end of this summer. He says the film is mostly designed now, and the screenplay is complete. Villeneuve admits the second film will be more difficult to shoot, but he feels confident in the plan they’ve laid out. Currently, he states his only “big unknown” is the ongoing COVID-19 pandemic, which began after principal photography on the original film had already wrapped.

Villeneuve’s comments will certainly set fans buzzing about Dune: Part 2. The inner-workings of the Harkonnens is an integral part of Herbert’s novel, and given how well audiences took to Villeneuve’s initial interpretations of the source material, they are likely very impatient to see how he handles this new aspect of the story. Unfortunately, fans will have to wait at least a year for Villeneuve’s final product as Dune: Part 2 is not set to be released until 2023.

More: Dune 2: Hans Zimmer Can Make The Score Even Better (By Not Being Hans Zimmer)