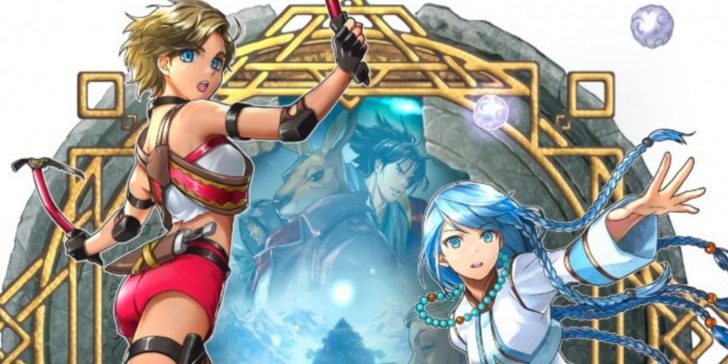 Eiyuden Chronicle: Rising is an action RPG with town-building mechanics and eclectic characters that outshine its somewhat repetitive gameplay loop.

Eiyuden Chronicle: Rising is the action-RPG prequel to the Kickstarter success, Eiyuden Chronicle: Hundred Heroes, which will be released in 2023. Eiyuden Chronicle: Rising serves as an introduction to some of the characters and the world players will see once Hundred Heroes arrives. The plot revolves around CJ, an adventurer who has just arrived in New Neveah, a town that’s seen better days. Together with the help of a couple of playable party members and some memorable townsfolk, CJ explores the surrounding areas and reconstructs New Neveah to its former glory.

From Suikoden creator Yoshitaka Murayama and several other series veterans, Eiyuden Chronicle: Rising feels quite a bit different from Suikoden and (presumably) Hundred Heroes. There aren’t 100-plus playable characters here, nor is there turn-based combat. In fact, the combat frequently feels more like a platformer or Metroidvania than a true action RPG, and only more so once additional party members are introduced. However, Suikoden fans will find some familiar terms – Runes, for instance – and character designs that blend the right amounts of nostalgia with the new features Eiyuden Chronicle: Rising has to offer.

There are town-building mechanics, of course, and the exploration elements feel just as much like Dark Cloud or Ever Oasis as Suikoden. The primary gameplay loop involves helping out townsfolk in New Neveah for Stamps, which in turn means unlocking upgrades, new buildings and services, and meeting new NPCs. A lot of this is optional later on, but in order to get the best weapons, tools, and armor – it’s all about the Stamps. Many of these quests feel more like minor inconveniences than legitimate content – dozens of them only require moving to a different part of town, speaking with an NPC, and then going back to the quest giver to claim a Stamp. Other – slightly more in-depth – quests involve collecting rare materials in dungeon areas like the Great Forest and the Lava Ruins in order to get a Stamp.

The other main part of the game involves exploring these areas, fighting monsters, and gathering crafting materials – all while hunting treasure and advancing the main storyline. The story is a bit of a slow burn, as the narrative really isn’t wholly evident until players have acquired all three party members. Even then, it all feels like a lead-up to the bigger Eiyuden Chronicle: Hundred Heroes. The characters, even many of the NPCs, are varied and give humor to Eiyuden Chronicle: Rising’s world. Hogan, a Crocodile Dundee-inspired character who’s both named after actor Paul Hogan and looks like a crocodile, is a primary example of the humor and fun found within the game. All of this is portrayed in a 2.5D art style, which gives the game a nostalgic edge while still looking great.

The only real problems are the combat (which feels a bit too simple) and that too often Eiyuden Chronicle: Rising sends CJ and co. into the dungeon areas for brief and inconsequential amounts of time. The gameplay loop relies heavily on running through 1-2 screens, getting hit with a roadblock, having to go back to town, and then teleporting back to the dungeon to explore some more once the characters have a way to remove the obstacle. This kind of rinse-and-repeat gameplay got admittedly tedious a few times, but the good still outweighs the bad.

Completionists should have plenty of fun collecting Stamps, and it helps beef up Eiyuden Chronicle: Rising’s relatively short playtime. However, given how repetitive the gameplay can get, it’s possible a lot of people will simply stick with the main story as much as they can. Outside of a few times, most of the side quests don’t seem to be required to advance the plot. However, it’s a fun way to build up New Neveah and upgrade buildings to get better items, Rune Lenses, weapons, and more.

Next: Biggest JRPGs Releasing In 2022

Eiyuden Chronicle: Rising releases today, May 10, 2022, for Nintendo Switch, PC, PlayStation 4, PlayStation 5, Xbox One, and Xbox Series X/S. Screen Rant was provided with a PC code for the purpose of this review.

Austin King is a Game Features Editor at Screen Rant. He’s the author of several books and hosts the Dragon Quest FM and JRPGs & Me podcasts. You can find him on Twitter @DragonQuaustin.