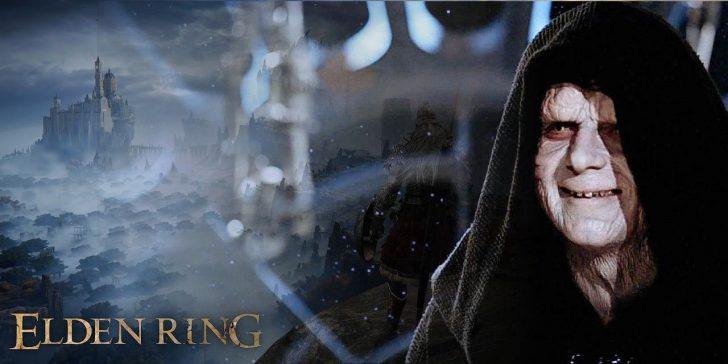 One Elden Ring player showed off their build using several dragon incantations that makes their Tarnished as powerful as Darth Sidious, aka Palpatine.

The medieval battle style of Elden Ring is meeting the sci-fi glory of Star Wars thanks to a new build that turns the player character into Darth Sidious. While turning the player Tarnished into a well-known fictional character is not a new phenomenon for Elden Ring players, this may be the first time that a player has managed to create a lightsaber-wielding Sith lord.

Elden Ring has been hailed as one of the best games released this year thanks to its fluid combat, open-world, and robust character creator. Because of the nature of the game, Elden Ring players have been able to exhibit a lot of creativity in how they play the game. Different class builds, armaments, and weapons that the player uses can greatly change the experience of playing Elden Ring, and figuring out the best way to play is part of the fun for players. While finding strong builds is fun for Elden Ring players, they can also use those builds to enhance a character theme or idea as one Elden Ring player showed.

Related: Every Way Elden Ring Is Better Than Dark Souls

Shared on Reddit by user Nomadianking, the design of a player’s Elden Ring character appears to be based around Darth Sidious, the Galactic Emperor from the original Star Wars trilogy and The Rise of Skywalker. The character creator suite allowed Nomadianking to recreate Darth Sidious’s hideous facial features and garb, but it’s the entire kit that sells the recreation. The player character appears to be heavily invested in the Faith and Arcane attributes, which allows them to cast the Dragon Lightning Spear and Strike incantations. This mimics Darth Sidious’s force lightning from the Star Wars movies. In addition, Nomadianking also uses the Vyke’s Dragonbolt incantation to reinforce the weapon in their right hand. Doing so makes it and the player crackle with electricity and makes the sword look like one of the Star Wars lightsabers.

Other Elden Ring players were quick to point out that this was actually likely a staged fight. The incantations in Elden Ring are considered to be very underpowered by players, so it’s likely that if Nomadianking was in an actual fight against a boss they would be overpowered. Although the incantations look quite cool, they are impractical.

Even though there are no incantations or spells in Elden Ring that can actually give a player force powers, this Darth Sidious build is still incredibly fun to look at. It is yet another example of how deep and rich the Elden Ring experience can be.

Next: Elden Ring Is Anime For People Who Hate Anime