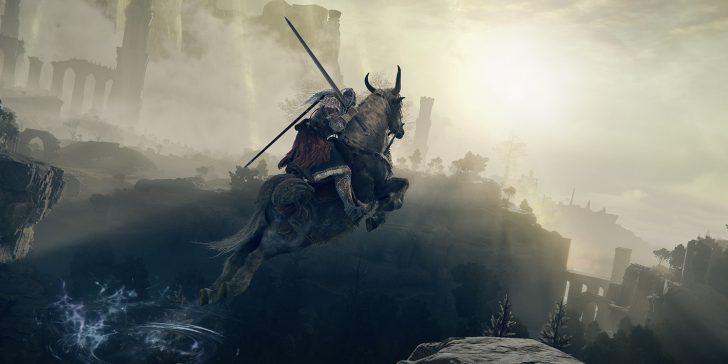 With Bleed builds rocketing in popularity, players are experimenting with a variety of weapons that specialize in this status condition. Even though the Rivers of Blood katana is one of the most popular, others have been eyeing the flashy Eleonora’s Poleblade. This twinblade not only looks awesome but can also easily decimate an enemy’s poise.

Here’s how to get this weapon and add it to your collection:

How to Get Eleonora’s Poleblade

To get Eleonora’s Poleblade, you need to complete Bloody Finger Hunter Yura’s questline. Thankfully, this can be done fairly early on as it only has three real steps. I recommend being at least Level 50 before attempting this, as the final invader can be pretty tricky if your under-leveled since they use this weapon.

Your first step can be completed right out of the gate. In Limgrave, head north toward the lake and continue upstream past the skeletons that drop down from the bridge. You will eventually reach the entrance to Murkwater Cave, which is conveniently blocked by a shroud of white fog. When you approach the entrance, you’ll be informed that Bloody Finger Nerijus is invading you and will swiftly attempt to dice you into small maidenless chunks.

If you’re under-leveled, don’t worry — Yura will spawn about 30 seconds after Nerijus to come rescue you. Stand back and let Yura do most of the fighting since he does a comical amount of damage. Once Nerijus is defeated, head upstream until you reach another overhang to see Yura relaxing against the wall on the right. If he didn’t spawn, go rest at a Site of Grace, pass some time, and go back. Exhaust all dialogue with Yura to complete this step.

Progress through the game until you get the Glintstone Key (marked with a blue X) and gain access to the academy. Once you use the key at the gate, you will be warped to the Main Academy Gate Site of Grace (shown above).

From this Site of Grace, turn around 180 degrees and run towards the broken bridge. On the ground, you will see a red summoning sign you’ll need to interact with. Doing so will warp you to the assassin’s world, where Yura is currently engaged in combat. Run toward the Main Academy Gate Site of Grace and help Yura defeat this enemy. Given there are two of you, this shouldn’t be too much of a problem since you can easily stunlock this foe. Upon defeating the assassin, you’ll be sent back to your world, where you can speak to Yura. He’s on the bridge where the red summoning sign was.

Finally, you need to go to the Atlas Plateau, which can be accessed either by climbing along the cliffside to the left of the Grand Lift of Dectus or by finding both medallions to use the elevator. Upon arriving at the Atlas Plateau, head north towards the Second Church of Marika. Assuming you are doing this as early as possible, be careful because many of the enemies here can easily kill you.

Once you arrive at the church, you will see Yura dying on the ground. Well, that can’t bode well for us. Speak to Yura to get the Nagakiba katana and trigger the fight with Eleonora. This foe will spawn by the statue and can do a wild amount of damage quickly thanks to the twinblade’s Bleed effect. You will want to either quickly kill her before she gets a chance to start stacking Bleed damage or keep your distance from her. After killing Eleonora, you will earn Eleonora’s Poleblade to use so long as you have 12 Strength, 21 Dexterity, and 19 Arcane.