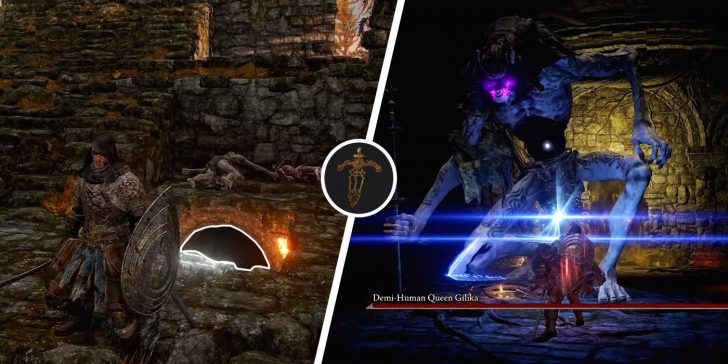 To get the damage-boosting Ritual Sword Talisman in Elden Ring, Tarnished adventurers must defeat the boss of a mini-dungeon within the Atlus Plateau.

The Ritual Sword Talisman is an accessory in Elden Ring that raises attack power by 10% while HP is at maximum. This damage buff applies to all abilities, including basic attacks, Spells, and weapon arts. Due to its max-HP requirement, the Talisman will undoubtedly be relatively situational. Accordingly, the Ritual Sword Talisman will be exceptionally practical for Tarnished who are mob farming in Elden Ring, sniping enemies from a safe distance, or using one-shot abilities such as Bloodboon Ritual or Comet Azur.

To get the Ritual Sword Talisman in Elden Ring, Tarnished pilgrims must travel to the Lux Ruins southeast of the Atlus Plateau. To reach these ruins, players must travel up the slope north of the Grand Lift of Dectus. Those who used the Ruin-Strewn Precipice route to arrive in the Atlus Plateau region must head towards the Altus Highway Junction from the Erdtree-Gazing Hill. Next, they can go southwest but turn right before the Grand Lift.

Tarnished are advised to approach the ruins with slight caution since demi-humans patrol the forest surrounding the area. Like the Waypoint Ruins in Limgrave, the Lux Ruins is a two-room mini-dungeon, housing only a single Dungeon boss guarding a locked treasure room. Inside, Elden Ring players will encounter Demi-human Queen Gilika, who is more aggressive than her Demi-Human Queen counterpart in the Weeping Peninsula.

Gilika will let out a roar before executing most of her attacks. Furthermore, be sure to watch out for her leaping lunge, which might catch some players off guard. Whenever the Elden Ring boss begins a combo attack, dodge-roll away until she finishes, as the damage from each strike can quickly add up. Aim for her legs, as that’s the part of her body that moves the least. Once defeated, Tarnished will be able to access the closed door behind the arena. They will find a chest within the small room with the Ritual Sword Talisman in Elden Ring.