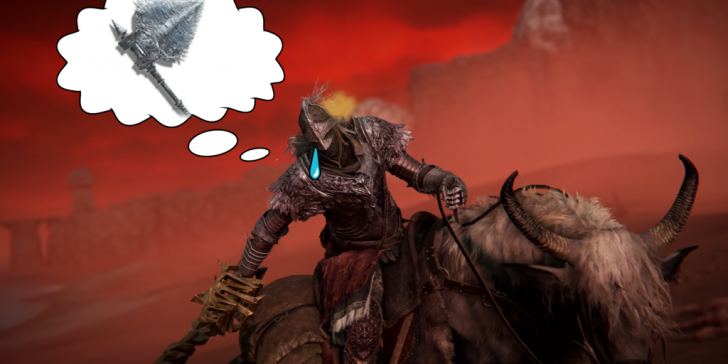 Have you been playing Elden Ring and noticed some NPC side quests just sort of… peter out? There’s a good reason for that, according to the Elden Ring Patch 1.03 patch notes. It doesn’t look like a few particular questlines were quite finished yet. The update adds “new quest phases for the following NPCs: Diallos/ Nepheli Loux/ Kenneth Haight/ Gatekeeper Gostoc,” according to the post. Though that’s hardly all. Perennial problem children have been nerfed across the board — including the ridiculously powerful Hoarfrost Stomp skill that speedrunners had been abusing. Plus everyone’s favorite spirit: Mimic Tear. Though it’s a good time to be a sorcerer or an Arcane user. Multiple sorceries have been buffed almost across the board while weapons that scale with Arcane (which had been broken since launch) ought to finally work.

I don’t actually know any of this firsthand, of course. Perhaps because everyone else is rushing to download the 1.63 GB patch at midnight at the same time. Steam is currently telling me the update is 100 percent ready but won’t actually complete the download yet. Though I’m excited to get in there and check it out… On PlayStation 5.

Like a lot of people, I’m sure, I actually already beat Elden Ring a week or so ago. I had a bit of a head start (since I reviewed the game and all). Though achievement numbers, not to mention sales numbers, show I’m not alone in putting in the hours. I clocked in something like 300 hours all told, including a bit of time I spent on a fresh save to co-op friends just starting the game. Once I beat it, however, I almost immediately started over again on the PlayStation 5. Partially to experience it again on my own time, on my own couch, but mostly because all I want to do right now is play more Elden Ring. The game has stuck in my brain like few others in recent years.

I’m glad I waited on getting too deep into my second official playthrough. New story content with Nepheli in particular has me intrigued. I made the [REDACTED] choice with that character after speaking to [REDACTED]. Now I’m curious if she finally [REDACTED]. Diallos, Kenneth, and Gostoc don’t seem quite as important to the overall events of the world, but I’m sure they have some neat things to say and do, too.

Most importantly: Here’s hoping that Rivers of Blood finally works properly. The red Katana has been a victim of the busted Arcane issue for too long. I absolutely cannot wait to live out my in-game cosplay of Jetstream Sam while listening to “The Only Thing I Know for Real” on repeat. (Go play Metal Gear Rising: Revengeance, y’all. I promise Platinum used to make good games.) Other bugs fixed in Patch 1.03 include ones I think a lot of us knew were coming. Erdtree Greatshield is no longer a holy machinegun laser. Fire’s Deadly Sin probably won’t turn people into trees with Instant Death anymore. And Royal Knight’s Resolve as well as Determination have been patched to, perhaps, make them less unintentionally potent on spellcasters.

Overall, these seem like good changes. Particularly if you thought sorcery wasn’t up to snuff. Though I’m glad I got to experience the game in its initial, incredibly messy, terribly unbalanced state. FromSoftware games are some of the very best at creating “you had to be there” moments as early and pre-release players swap stories about what can and cannot happen. I’m always going to remember chewing my way through the Godskin Duo with Hoarfrost Stomp like they were made of paper.

If you don’t know what I mean, well, like I said… You had to be there.