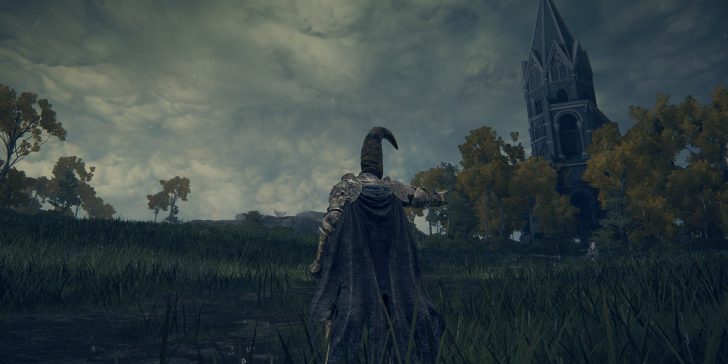 The Elden Ring Oridys’s Rise tower is quite easy to find. It’s a bit harder to actually enter. The spire is located in Limgrave — specifically in the Weeping Penninsula region of the far south. You can find the tower on the easternmost part of the landmass. Its mysteriously sealed blue door will unfortunately bar your entry, though. There are several towers like this dotting the Lands Between of Elden Ring.

None of them are entirely the same, but they do share some similarities. Which is to say that most of the towers require you to solve a puzzle. The rewards are also similar each time and tend to be worth it (depending on your character build). They often provide more sorcery and incantation slots for you to bring greater options into battle. That’s why we’re here to help you unravel the mystery of Oridys’s Rise and find out what’s inside! Let’s take a look.

Note that this guide will include SPOILERS for Elden Ring. It’s a guide. That’s usually how guides work. Discovery, trial and error, as well as exploration are all major parts of the game. You shouldn’t be reading this guide if learning this particular puzzle solution will ruin that for you.

First off, let’s find Oridys’s Rise. As mentioned before, it’s on the southernmost tip of the in-game map. This zone is called the Weeping Peninsula and you can find the tower almost immediately after entering. The sole point of entry to the area is called the Bridge of Sacrifice, where you can meet a blind girl named Irina as part of a particular quest. Carry on past her, continuing south along the road and through a canyon, until you reach the Castle Morne Rampart Site of Grace (right next to a merchant with a campfire). Next to the grace is a Spirit Spring. Use it to launch Torrent up onto a nearby hill. This deposits you right in front of Oridys’s Rise.

Like other towers marked “Rise” in Elden Ring, there’s a glowing podium nearby. Examine it and the game will direct you to “Seek three wise beasts.” This refers to three ghostly turtles that will now be scattered around the area. You need to attack (and destroy) all three to open the door before you. The first of the trio is almost painfully obvious to find. Turtle #1 is just walking in front of the tower itself, down the path leading from the stairs a bit. Not exactly the wisest hiding spot, but always take a freebie. Turtle #2 isn’t much tougher. It’s “hidden” in the bushes to the left of the stairs leading up to Oridys’s Rise itself — while you’re facing the sealed, blue door. You can still see it quite plainly through the leaves. Strike it once and move on to the next. Turtle #3 is slightly trickier. But like all puzzles in Elden Ring, it should be a good bit easier to find if you play online. Players have likely marked the spot in question with white messages by now. Said spot is a small pond on the western side of the tower property. The wise beast, in this case, is literally invisible. You need to strike at the naked air in the center of the pond to hit it. You’ll know if you did it right: the ghost may briefly appear as it expires and a sound will play.

And that’s really all there is to the Oridys’s Rise puzzle in Elden Ring. It’s one of the easier spires to enter in the game — certainly easier than Tetsu’s Rise. Perhaps that’s simply because it’s so near to the starting zone of the game. Whatever the reason, make sure to enter Oridys’s Rise and claim your prize before continuing. Enjoy your spoils, Tarnished!