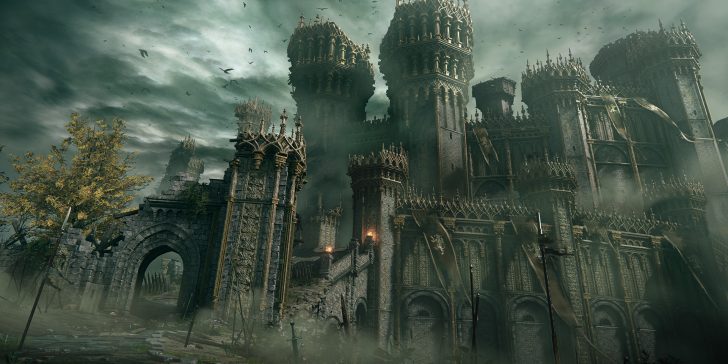 A lot of players have voraciously consumed Elden Ring content since its release in February, but did you realize that not every NPC quest was available at that time? In the recent balance patch, developer FromSoftware finished off a number of quests in Elden Ring that did not quite get over the finish line before release and even added some new characters. Since you might have thought you already cleared those quests or areas, we’re here to help you find Elden Ring quests added in updates you may have missed.

For a lot of these quests, you may have already talked to the character involved and exhausted all their dialogue and they simply disappear later in the game. In a lot of instances, this is the quest just not being finished rather than something you did to fail it.

Can I Still Do These Quests?

By and large, you should still be able to access them no matter your progress, but nothing in FromSoftware games ever works that cleanly. Sometimes you might just be too deep into the game for the trigger to work for multiple reasons, like you killed an associated boss already, or sometimes it might just be a glitch.

If the trigger is not working and you can’t get the quest to proceed, here are a few tips:

Try resting at the grace, even if you just fast-traveled to it. Sometimes the world state changes a little bit to progress if you do that.
Go back to the person you were supposed to meet and see if they’re still at their old location. If they are, try and exhaust their dialogue as much as possible until you’re sure they’re repeating. Remember, this update added NPC names to the map locations, so it should be easy to find out where the last place a character was seen.
If you have exhausted a character’s dialogue and there’s a nearby grace, go sit at that real quick and come back to make sure there’s not a new set of dialogue.
If you can lock-on to the NPC you need but they’re not attacking you, you might have accidentally sinned against them without realizing it. Some NPCs don’t actively attack you when you sin against them. Instead, they cast retaliatory spells when they’re hit, so you may have made an enemy of them with a stray spell or attack. If this happens, you can go to the Church of Vows in Eastern Liurnia where Miriel, the Pastor of Vows, will have you use a Celestial Dew to wipe the sins from any NPCs you have attacked but not killed.

If none of those work, you might be out of luck. Sometimes killing a boss associated with a quest makes the quest impossible to complete. There’s always New Game+, though!

These are all quests that were either newly added in the 1.03 update or have further events after that update. In some cases we’ll tell you how to start them, in others we’ll tell you where to go from where they previously ended.

Did you, like a lot of Elden Ring players, come across the serene little town of Jarburg but not find much of note there? The quaint village in western Liurnia, just off of the Carian Study Hall, is made up of the sentient jar people you often see in the rest of the game, but none of the jars here really want to fight. They also don’t want to talk, either, at least before the big balance patch.

After the update, however, a jar that is happy to talk with you shows up in the village. Little Jar Bairn wants you to become the new Potentate. They also have a lot to say about another jar you may have met along the way, Alexander the Warrior Jar. If you haven’t done his quest, it also ties in with Jar Bairn. It also involves Diallos, whom you likely last saw in the Drawing Room at Volcano Manor.

You’re going to want to talk to Jar Bairn a lot to start their quest. Once you exhaust their dialogue, go back to the grace to sit, and come back to Jar Bairn to get new dialogue. Repeat this until you’re sure they have nothing more to say or they have moved. You can find the full walkthrough of this quest here.

You might have been confused when Diallos, one of the first characters you meet in Elden Ring, just leaves Volcano Manor with an unresolved quest. As of the 1.03 update, we finally figure out where he goes.

If you finish two Recusant assignments in Volcano Manor or have already defeated Praetor Rykard, then you have moved Diallos on from the Drawing Room there. He should at this point be in Jarburg, but if he’s not, try moving Jar Bairn’s dialogue a bit further with intermittent grace rests. Diallos should show up after that’s been exhausted.

After that, it’s not clear what the trigger is to move Diallos’ quest forward, but it seems to just be letting enough time pass. Go do something else and eventually Diallos will have some more dialogue in Jarburg.

This quest is an ending for all three of these characters who you may or may not have met yet. Assuming you have done all of their quests so far — giving Nepheli the Stormhawk King ashes, freeing Kenneth Haight’s fort and talking to him at the top, defeating Godrick and talking to Gostoc at his corpse — there’s only one small bit of the quest left.

Haight needs a lord to rule over Limgrave with Godrick now dead at your hands. If you have done Nepheli’s questline, which involved her becoming disillusioned with her father Gideon Ofnir while in the Village of the Albinaurics and finding an ash to hand her while she’s in the Roundtable Hold, you know she’s kind of lost about what to do next. Assuming all these characters have exhausted their dialogue, you want to meet them at Godrick’s throne room, right past where you fought the grafted shardbearer.

If everything went right, the three NPCs should be standing around Godrick’s throne and you will get an Ancient Dragon Smithing Stone for your trouble. If they’re not there and Gostoc is still stomping on Godrick’s body outside, then try resting at the grace and checking again. If they’re still not there, you might not have gotten everyone to where they’re supposed to be in the questline or it might be bugged. There’s been a number of reports, especially from players late in the game, that the triggers for this final part of the quest are not activating. There’s currently no known solution, outside of FromSoftware hopefully fixing it down the line.

We’ll continue updating this guide as more quests are added or found. If you’re looking for other Elden Ring guides, learn about the 29 things the game does not tell you, a guide on starting classes, how to cheese the Draconic Tree Sentinel boss, or a tier list for the many Spirit Ashes in the game.