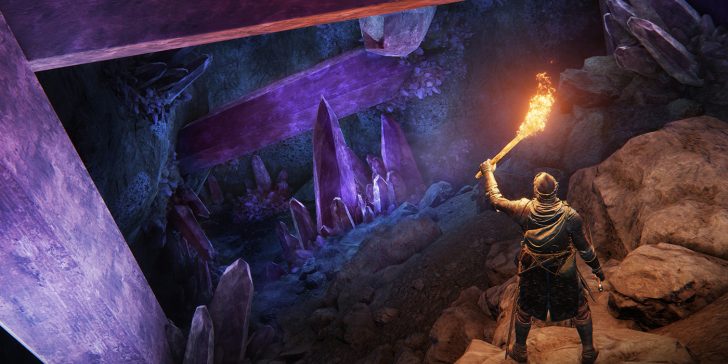 FromSoftware games speedrunning veterans are showing up for Elden Ring with impressive results. Within a short few weeks after the latest Souls launch, former world record breakers already have Elden Ring runs down to less than an hour.

Distortion2, who currently holds fifth place for the fastest Dark Souls II Any% run, just broke his own Elden Ring record with a new 36:20 milestone. Leading up to his personal best, he clocked in early runs at 49 minutes and 37 minutes just within the last few days. After completing his sub-40 minute goal, Distortion2’s video notes he’s predicting 32 or 33-minute runtimes following this path but hopes a sub-30-minute playthrough may be possible.

In Distortion2’s fastest run so far, he blazes through Elden Ring’s usually hours-long opening sequence and winds up at Volcano Manor. After 15 minutes, he’s still avoided some of Elden Ring’s biggest bosses, and the last few zones are only separated by minutes, sometimes seconds.

Prior to the fastest known run, LilAggy briefly held the Elden Ring record with another Any% clear at 59:38. Leading up to his Elden Ring accomplishments, the speedrunner also held world records in FromSoftware’s Sekiro.

Both LilAggy and Distortion2 are still going on Twitch, where they’re beating Elden Ring faster than I’ve ever cleared a single Souls boss. The community largely tracks these accomplishments over on Speedsouls, a site dedicated to verifying, recording, and defining Souls series completion records. Both speedrunners in this case are competing for an Any% rank, where the only rule is to see the credits as fast as possible to any varying degree of completion. In Elden Ring, that means skipping as many bosses and collectibles as possible, plus hunting down teleportation glitches.

While there’s probably nothing I’m capable of beating so quickly, I’m still endlessly fascinated by the speedrunning community. So far, my Elden Ring adventure mostly consists of dying in the same exact spot for hours, but much like Fanbyte’s editor in chief Danielle Riendeau, I’m enjoying being bad at it.