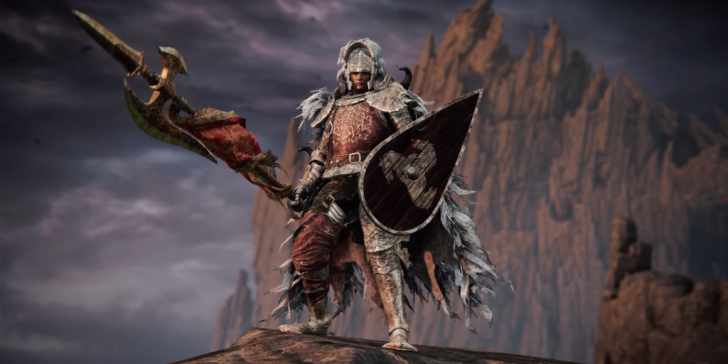 Elden Ring Spirit Ashes function as a way for solo players to summon a little help into battle. Whether that’s brought to bear against bosses, dungeons, or just regular foes. The game sports dozens of spirits you can call (usually at the cost of FP) which perform various attacks or provide other benefits. Some are incredibly useful! Others almost seem almost to exist as jokes or lore items. Picking them all apart is a fairly difficult process. That’s what this article is for, of course. We’re here to try and provide at least a baseline for what works and what doesn’t (or at least what works when). So let’s take a look at what that means in our Elden Ring Spirit Ashes tier list!

NOTE: Reading past this point will lead to MINOR SPOILERS for Elden Ring. This is a game all about exploration and discovery. Some players might not even want a hint of a whiff of what new powers await them. If that’s you, skip this for now and come back later! Though we suspect you already know what you’re in for if you’ve read this far. With that out of the way, the current Spirit Ashes tier list is available in its simplest form just below.

UPDATE 1.03: With the surprise launch of Patch 1.03 for Elden Ring, one particular summon underwent radical changes. You can read the official patch notes here, but it’s specifically worth noting that the Mimic Tear was nerfed. A lot. Its damage output was reduced by about 50 percent and, while it can still use certain items, it seems much less prone to using things like weapon skills.

What is Being Ranked?

As mentioned above, Elden Ring spirits are AI companions that aid the player in certain areas. These zones are always indicated by a blue, glowing gravestone icon on the lefthand side of the screen. You can only summon spirits from Spirit Ashes if you see one of those. Luckily, this covers quite a lot of ground. Dungeons and most organized enemy camps in the overworld are free game to summon friends (be they spirits or human players in co-op). Unlike jolly cooperators, though, you’re limited to one spirit at a time until you die, rest, or exit an area.

The other limiting factor on spirits is your FP (short for Focus Points). This is the Elden Ring term for mana, or energy, and it’s used for everything from weapon skills to Sorceries. Including Spirit Ashes. Most spirits require varying amounts of FP to summon. If something costs more than your total FP — that blue bar sandwiched between your health and stamina at the top of the screen — you simply cannot summon it. Though there are massive exceptions to this rule.

Not every Spirit Ash in Elden Ring requires FP to summon at all. The aforementioned Mimic Tear, for instance, drains health instead. As do a few other spirits. In one particularly special case summoning is even entirely free of charge. You can also temporarily raise your maximum FP with Godrick’s Great Rune: appropriately acquired by killing Godrick in Stormveil Castle and “charging” the item at the Divine Tower across the keep’s bridge. Great Runes then still need to be activated by using a consumable item, called a Rune Arc. This effect typically lasts until you die.

Even then there’s a way around the FP limit. You just need the Cerulean Hidden Tear. This is an ingredient for your Flask of Wondrous Physick, which can be mixed at any Site of Grace to produce different effects. In this case that effect is infinite FP. At least for a few seconds. This is perfect for summoning, however, since you usually only activate the ashes once per rest. It’s a great way to circumvent pumping levels into Mind: the stat that raises total FP and not much else.

As a final note on Spirt Ashes, it’s worth knowing that nearly all summons available in the game are based on existing enemies. These ones just happen to work for you. That means most — if not all — of the same rules apply to them as would apply to enemies of that type in the world. Undead spirits, like the Skeletal Militiaman, are a perfect example. Elden Ring skeletons typically respawn infinitely when defeated. That is unless you attack the glowing, white fog coming out of their bones when they fall. Destroying this core with a simple swing of damage will permanently destroy them, but only if you do it before they resurrect after a few seconds. The same goes for friendly skeletons. Keep this rule of thumb in mind when considering all spirits in the game.

What Do the Rankings Mean?

Spirits are different from other Elden Ring abilities in that they’re entirely PVE oriented. You simply cannot use Spirit Ashes in multiplayer — not even co-op. Not even if you simply use the Furlcalling Finger Remedy, which is necessary to invite other players into your game. Doing so simply turns off spirts altogether.

This obviously means we don’t factor PVP into our rankings whatsoever. Instead, we focus on their general effectiveness against bosses and standard enemies. It sounds simple and it… largely is, in a vacuum. The problem is that whatever is “most effective” is different people with different builds. So we try to consider a broad spectrum of useful traits: tankiness (i.e. defensive ability), damage, and support (i.e. healing and buffing). Plus some quirkier traits here and there. Generally, if something could be useful, we try to reflect that with a higher ranking. Though things like damage and the ability to tank are weighted more heavily since they’re more broadly applicable across all kinds of players.

Here’s what those categories mean at a glance:

We elected not to include an F tier because nearly all Spirit Ashes (as well as Sorceries, Ashes of War, and Incantations for that matter) seem at least functional. Even if a particular function isn’t very appealing to us. Getting any more granular with higher and lower tiers (or pluses and minuses) felt pedantic and opaque, not informative.

How Are the Rankings Selected?

In our Sorcery tier list, Ashes of War tier list, and Incantation tier list we went out of our way to explain that every ranking is different. We pointed out that “mathematical details obviously have some impact, but different players weigh different elements — such as animation time, super armor, damage, range, status effects, etc. — differently.” As such there is no such thing as an “objective opinion,” and so on. Anyone who tries to tell you different is simply trying to convince you their opinion is the one you should pay attention to most.

This is even more so the case with Spirit Ashes. And there are a couple of good reasons for this. The biggest is that Spirit Ashes are almost entirely driven by the game’s AI. Pitted against enemy AI, those are two overlapping random factors totally out of the player’s control, butting heads against each other at once. It’s quite literally impossible to predict how any one encounter between spirits and enemies will go. That’s why more observable factors (like heatlh, damage, and so on) are weighted heavier in our rankings. These more predictably increase the odds of a favorable outcome for the player. Though there is always the element of pure, stupid luck.

Spirit Ashes in particular also seem to scale very well across the board. Every level of upgrade doesn’t just raise the summon’s damage, as with weapons. Instead you get greater survivability, sometimes more status effect buildup, and/or entire extra units added to each use. Plus extra damage. This alone makes even the weakest of spirits at least more able to draw enemy aggression and take a hit for you in the late game.

Because most spirits are based on existing enemies, or enemy archetypes, they tend to have very basic attack patterns. Combined with their moderate-to-high health pools after several upgrades, these summons are totally serviceable for almost anyone. Some might even turn out to be great if a particular player learns exactly how to work around them with practice. This makes up most of what you see around the middle — in the B and C tiers.

Conversely, a few spirits in the center don’t offer much of the basics but have some singular quirk that might make them useful in the right circumstance. The Warhawk is a good example. It’s not the healthiest or most powerful spirit in the game. On the other hand, it’s one of only a few flying types. And anyone who’s fought flying enemies in Elden Ring knows how difficult they can be to hit. This makes them a useful distraction against certain enemies and immune to low or ground-based attacks altogether.

At the highest tiers of the list, you should find Spirit Ashes that provide both stability and versatility. Even if that versatility is “function well in melee and at range.” Not every summon is good at both, but the ones that are stand out more.

Here are a few other concepts that go into our decision-making:

Stagger and Posture Damage: Most attacks and offensive skills can stagger opponents. This causes the target to flinch and stop moving very briefly, often interrupting attacks that would otherwise hit the player. Lighter attacks are less likely to stagger while heavier armor reduces the chances of being staggered altogether. At the same time, several skills damage an invisible “posture” bar, to borrow a term from Sekiro, which leaves foes open to a Critical Hit when it depletes. Some skills do incredible posture damage and are especially desirable on builds that exploit Critical Hits.
Status Effects: This refers to indirect damage types. Across Elden Ring this includes Poison, Blood Loss, Frostbite, Scarlet Rot, Madness, Instant Death, and Sleep. Blood Loss, Frostbite, and Scarlet Rot tend to be the most effective and sought-after status types — due to their fast damage, usefulness in PVP as well as PVE, and easy application.
Aggro: Short for “aggression.” If a player or a spirit has aggro, that means a particular enemy is focusing its attacks on them.
AoE (a.k.a. Area-of-Effect): A broadly used term that basically means any type of attack that hits in a wide area — be it a circle, a cone, etc.