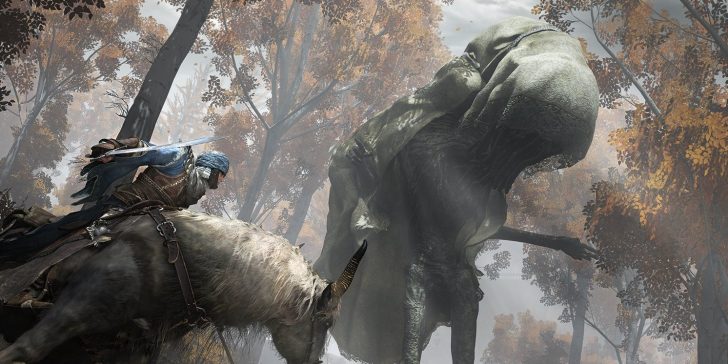 For mages like myself, there are a lot of spells to choose from in Elden Ring. From summoning a massive magical bow to raining down shards of crystals from above, FromSoftware offers players a lot of ways to deal death. However, one spell that may get overlooked is the Terra Magicus. Commonly used in conjunction with abilities like Comet Azur, the Terra Magicus deals zero damage but temporarily raises your magical strength, letting you deal way more damage with your spells.

This is a must-have spell for any Elden Ring sorcerer, so here’s where to find it:

How to Get Terra Magicus

Go to the Acamedy Crystal Cave

Your first step will be to find the Acamedy Crystal Cave dungeon. This cave requires two Stonesword Keys to enter, so make sure you have these before venturing to the entrance. The cave is located along the western cliffside and can only be accessed by the lake below, not in the Acamedy itself. When you approach the cave, use the Stonesword Keys and enter the dungeon.

Make your way through the dungeon and defeat the boss at the end. This dungeon is filled with sorcerers who specialize in range and magical attacks. Try to always close the gap, as they are remarkably weak and won’t usually put up much of a close-range fight. Once you clear out the foggy cave, you’ll enter an area with some more sorcerers, including one who has clearly been hitting the gym.

The latter can do some extremely dangerous attacks that deal plenty of damage. Because of this, you will want to be careful about timing your dodges to ensure this foe doesn’t outright kill you. Alternatively, you can run past him towards the boss room if you don’t care about exploring or collecting additional items. As for the boss, you’ll be facing against both the spear and staff variants of the Crystalians. These enemies are quite resistant to magic attacks, so make sure to have a decent physical weapon to take them down.

When the boss fight starts, call your summon to help you pull aggro from one of the two enemies. Focus on the spear Crystalian first and attack after it finishes stabbing the ground. You won’t do a ton of damage at first, but the more times it’s hit the closer you will be to literally shattering the enemy. Once you see cracks start to form, your damage output will increase significantly, so start wailing on this spear-user until it explodes. If you’re quick, you can kill it before your summon is destroyed, which can be a big help. If not, continue to focus on the spear Crystalian, but always try to keep the mage in focus.

The staff wielder uses almost entirely magical attacks but is quite terrible at close-range fighting. Because of this, keep side-stepping its projectiles and continue to wail on it with your weapon. You can use the stone pillars as cover from the spells if you need a moment to heal or breathe. You’ll want to try and get behind the Crystalian when it launches a forward-facing crystal shard attack, as it leaves both its back and sides completely exposed. Just like the other enemy, once you deal enough damage it will begin to crack, making it more susceptible to attacks.

After killing both, go up the staircase and ride the lift all the way to the top of the tower. Follow the stairs around the tower to the roof, where you’ll see a chest with the Terra Magicus spell inside. This spell requires 20 Intellect to use and will create a small, glowing area below your feet when cast. Any spells cast inside this radius will have their damage increased by what appears to be over 30 percent. Try combining this with some of your other powerful abilities to absolutely melt any enemy foolish enough to stand in your way.