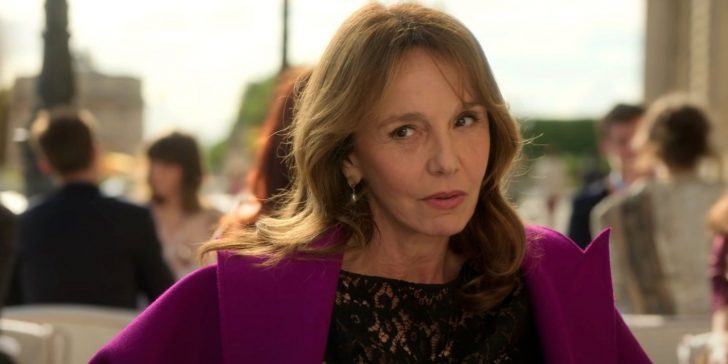 Emily in Paris actress Philippine Leroy-Beaulieu will be joining The Crown for season 5 – she will play Monique Ritz, widow of the Ritz hotel’s owner.

Emily in Paris star Philippine Leroy-Beaulieu has announced that she will be joining The Crown season 5. The Netflix historical drama has been making waves with its emotive exploration of the Royal Family since its debut in 2016. Season 4 was the most celebrated one for the series, earning an Emmy in every major category during the 2021 awards season. The Crown season 5 is now expected to premiere later this year, and it will see Imelda Staunton, Jonathan Pryce, and Lesley Manville stepping into the shoes of Queen Elizabeth II, Prince Philip, and Princess Margaret respectively. Some other cast additions are also inevitable, and one, in particular, has now been confirmed.

In a conversation with The Daily Mail, Leroy-Beaulieu revealed that she would appear in The Crown season 5. The French actress will play Monique Ritz, widow of The Ritz’s hotel’s former owner. The Ritz hotel in Paris is where Diana, Princess of Wales, and Dodi Fayed, her romantic partner, spent their last night before they were killed in a fatal car crash in August 1997. Leroy-Beaulieu alludes to her role in The Crown season 5 as “a small thing,” but she had a lot of fun playing the character and is glad that she got the opportunity to be a part of the show.

Currently, Leroy-Beaulieu is winning great admiration for her role as Sylvie Grateau in the Lily Collins-led Netflix comedy, Emily in Paris. Previously, she was subject to critical acclaim when she starred as Catherine Barneville in the Netflix series Call My Agent!. Leroy-Beaulieu’s role in The Crown comes as a fresh break that allows her to test her skills in a completely new genre. Fans have grown accustomed Leroy-Beaulieu’s comedic performances, and now they will get to see the star in a completely new light with her role in The Crown season 5.

Next: The Crown: All 4 Queen Elizabeth Actresses Explained

Freelance writer, journalist, TV critic, and journalist. Fahad has written for several platforms including Dankanator, Movie Aroono, Folkspaper, and various other platforms. Fahad enjoys travelling, reading and badminton. He is an engineering student and a passionate writer.