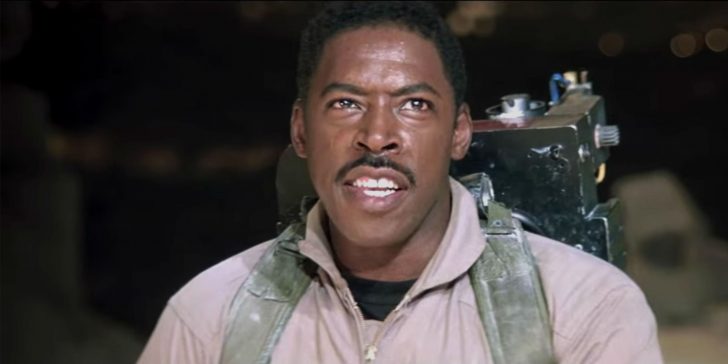 OG Ghostbuster Ernie Hudson confirms he has “heard they’re writing” Ghostbusters 4 and hopes that Winston Zeddemore will get a chance to return.

OG Ghostbuster Ernie Hudson is keeping his fingers crossed he will get the chance to reprise his role of Winston Zeddemore for Ghostbusters 4. The only member of the original Ghostbusters team without prior experience in parapsychology and an advanced degree, Winston was initially written to serve as an audience surrogate through which they could more easily relate to the paranormal world of his newfound teammates. Dan Akyroyd had originally hoped to secure Eddie Murphy for the role after previously working with him on Trading Places, but Murphy’s work on Beverly Hills Cop prevented him from committing to the role.

With the original Ghostbusters film still widely considered an iconic example of ‘80s filmmaking, attempts to expand upon and reboot the franchise have all been met with varying degrees of success over the years. In 2016, the controversial Ghostbusters: Answer the Call reboot largely failed to resonate with audiences and was savaged by fans. At the end of last year, however, Jason Reitman (son of original director Ivan Reitman) released Ghostbusters: Afterlife, which ignored 2016’s reboot and served as a direct sequel to his father’s films. In addition to introducing audiences to Egon Spengler’s estranged grandchildren, the film’s final act saw original actors Murray, Aykroyd, and Hudson return to their roles alongside a CGI recreation of Harold Ramis’ Egon.

Related: Ghostbusters 4 Already Has A Big Problem To Overcome

Most recently, off the back of the recent digital release of Ghostbusters: Afterlife, Hudson sat down with Bossip to talk about his return to the franchise and his hopes for the future. Given that Afterlife’s post-credits scene hints at Hudson’s character looking to fund and restart the Ghostbusters brand, fans are already wondering what the future may have in store. When asked about a potential fourth film, Hudson confirmed that he “heard they’re writing” one and hopes he will get a chance to appear, but jokes he that he may end up getting replaced by Arsenio Hall. Check out his full answer below:

I heard they’re writing. Nobody’s come to me and said ‘hey’ or you know, ‘we want you to do whatever.’ Looking at that end scene, I’d like to think if they move forward, hopefully, Winston will be a part of it. But in Hollywood, I don’t take anything for granted. You know, I’ll look up and it’ll be Arsenio Hall being Winston, but anything is possible.

Hudson’s cautiousness about a potential return certainly makes sense given the long and winding road it took to release Afterlife. Prior to Paul Feig’s 2016 reboot, Columbia Pictures had been trying for years to get another sequel off the ground. Shortly after the release of Ghostbusters II in 1989, Aykroyd had written a script for a third film that would have seen the original Ghostbusters hand the baton over to a new, younger team. Development on the film, however, would continue to stall, and questions were constantly raised about Murray’s potential participation. Even when the decision was made to reboot the series instead, plans to have Feig’s film kickstart a new series were quickly shelved in the wake of its troubled release.

Even Hudson’s offhand quip about potentially being replaced by Arsenio Hall (who voiced Hudson’s character in the animated Real Ghostbusters series) is not without some precedent. Given Murray’s reluctance to return for earlier attempts at a series revival, serious thought was once given to either recasting the role of Peter Venkman or even turning him into a ghost. Thankfully, however, Murray did eventually agree to return for Afterlife alongside his fellow castmates, bringing the nostalgia-driven threequel full circle. No doubt, fans will be keeping their fingers crossed Ghostbusters 4 will provide even more opportunities for the remaining team to return once more.