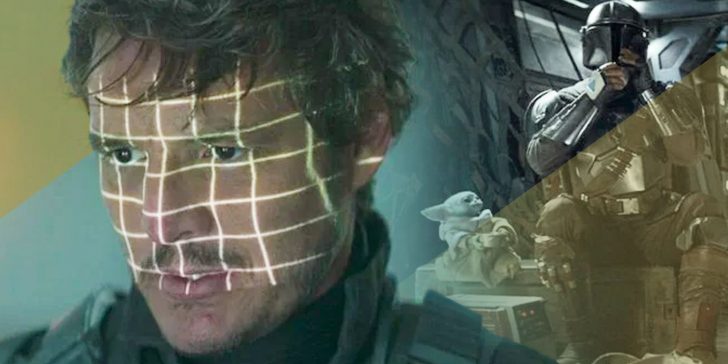 Warning: the following contains SPOILERS for The Mandalorian.

The Mandalorian’s Din Djarin has frequently violated his people’s strict rules for never removing their helmets, but certain loopholes in the Mandalorian Code actually allow helmets to be removed during specific instances. In The Mandalorian, Din Djarin takes off his helmet for a total of 4 times. Moreover, The Mandalorian season 2 has seen the helmet rule called into question – first by other Mandalorians like Bo-Katan, who freely remove their helmets, and in “The Believer” by Migs Mayfeld, who calls Mando out for bending the rules when things get desperate.

Disney took a risk by making a Star Wars show where the main character’s face is never seen, but Mando’s helmet rule has actually become one of the series’ most compelling elements. Seeing the Mandalorian helmet off has become a rare treat for viewers. It also presents the challenge of conveying emotion through dialogue and physical performance alone, resulting in the powerful father-son relationship between Mando and Grogu despite the child never having seen his guardian’s face.

Related: Mandalorian Season 3 Has To Avoid Fixing The Sequel Trilogy Too Much

Even for fans who know what Din Djarin actor Pedro Pascal looks like, seeing and hearing Mando unmasked is pretty shocking – a feeling that’s amplified by Mando’s pained and awkward expressions in “The Believer” as he tries to act normally despite being so horribly exposed. However, despite the Mandalorian Code’s strict rules about never showing their faces, The Mandalorian has so far revealed that there are quite a few loopholes in the beloved Creed.

Given that Din Djarin of The Mandalorian almost never removes his helmet, other characters have often asked him about this quirk, and he puts it down to the Mandalorians’ ancient code. In The Mandalorian season 1, Cara Dune asked what would happen if he ever took off his helmet, and Din replied, “You just can’t ever put it back on again.” When Mando’s legitimacy was questioned by a fellow Mandalorian, the Armorer affirmed his dedication to the Creed by asking “Have you ever removed your helmet?” and “Has it ever been removed by others?” When he replied in the negative to both questions, the two characters recited the Mandalorian mantra: “This is the way.” The rule seemed fairly straightforward until “The Believer,” when Din disguised himself using stormtrooper armor. Joined by Migs Mayfeld, Din takes off, helmet in tow – but not a Mandalorian helmet. On the ride to the Imperial refinery on Morak, Mayfeld needled him about his belief system:

“Seems to me like your rules start to change when you get desperate. I mean, look at ya. You said you couldn’t take your helmet off, and now you got a stormtrooper one on, so what’s the rule? Is it that you can’t take off your Mando helmet, or you can’t show your face? ‘Cause there is a difference.”

Mando didn’t respond to the question, which suggests one of two things: either he knows that he broke a rule by wearing the stormtrooper armor instead of his Mandalorian armor in front of other people, or he doesn’t actually know the answer to Mayfeld’s query. Like many religious texts, the Mandalorian Creed is partly up to interpretation, and over time mainstream Mandalorian culture has drifted away from the Way of the Mandalore that Din Djarin’s tribe, the Children of the Watch, adhere to. It’s possible that audiences will soon see the Mandalorian helmet off regularly, as there are already several loopholes in the code that he’s exploited.

Related: Can Din Djarin Save The Book of Boba Fett?

Mando Can Remove His Helmet When He’s Alone

For practical purposes – such as washing, eating, and (apparently) maintaining a well-groomed mustache, Mando is allowed to remove his helmet when he’s alone. This was seen in The Mandalorian season 1 episode “Sanctuary,” when Din took off his helmet to eat a meal that had been given to him by Omera. He actually took something of a risk when he did this, as in the scene he is looking out of the window of a hut at Grogu playing with other children, and someone could easily have looked in and seen his face. These were the very beginnings of Mando and Grogu’s epic journey. In the same episode, Omera asked Mando when the last time was that he took off his helmet and he replied, “Yesterday,” before she clarified the question of when he last took it off in front of another person. To that, he replied that no one had seen him without it since he was a child.

Mando Can Remove His Helmet In Front of Droids

The Mandalorian’s season 1 finale saw another interesting clarification of the helmet rule when Mando told the droid IG-11, “No living thing has seen me without my helmet since I swore the Creed.” IG-11 countered that he is not a living thing, and Mando allowed the droid to remove his helmet so that he could be healed. This could mean that allowing the Empire’s terminal to scan his face in “The Believer” didn’t break any rules, since the terminal is not a living thing. Indeed, although Star Wars’ droids and computers sometimes have personalities of their own, they’re not considered to be alive.

Lifting The Helmet In Front of Grogu

After Din Djarin and Grogu met Bo-Katan and the other Mandalorians, the show demonstrated an apparent relaxation of the helmet rule. In The Mandalorian season 2, episode 4, “The Siege,” Mando and Grogu are drinking soup on the Razor Crest, and Mando lifts his helmet just far enough to expose his chin and mouth. The infant appears very intrigued by this, suggesting that Mando has previously been more strict about not eating in front of Grogu. Technically, though, Mando has not removed his helmet and is not showing his whole face, so he’s bending the rules rather than breaking them.

Interestingly, following the letter of the law, Mando may not have actually broken any rules in the Mandalorian Creed by removing his stormtrooper helmet in front of Imperial officer Valin Hess, Mayfeld, and the other Imperial forces at the refinery on Morak in “The Believer.” The code followed by the Children of the Watch requires that a Mandalorian must not remove their helmet in front of another living thing. Mando privately changed into the stormtrooper disguise, and when he unmasked he was removing a helmet, but not his helmet. This would definitely count as bending the rules to their breaking point, but evidence suggests that Mando is becoming more and more okay with this. Indeed, it is likely that viewers will get to see more of the Mandalorian helmet off in The Mandalorian season 3.

Related: How Boba Fett Being In The Mandalorian Made Din Djarin Better

Din Is No Longer A Mandalorian, According To The Book Of Boba Fett

The Mandalorian’s identity crisis continues in The Book of Boba Fett season 1, episode 5 “Chapter 5: Return of the Mandalorian.” After Mando defeats Viszla who challenged him for the Darksaber, Mando reveals to the Armorer that he’s already shown his face to Grogu, leading to Mando getting exiled from his tribe. As Mando told Cara in The Mandalorian, he shouldn’t have been allowed to put his Mandalorian helmet back on after his face was seen – even if everyone who saw his face except for Mayfeld was killed, and Mayfeld himself promised to pretend that he’d never seen Mando without the helmet. After all, even if no one else knows what happened, Mando will know.

The Mandalorian brilliantly utilizes these strict rules to push the character of Din Djarin to his limits. After meeting Bo-Katan and Boba Fett, Mando’s adherence to the strict rules he was raised with appears to be wavering. This will definitely affect whether or not Din Djarin will become the leader of Mandalore in The Mandalorian season 3.

More: The Mandalorian Jedi Who Created The Darksaber Explained

Hannah has been with Screen Rant since 2013, covering news, features, movie premieres, Comic-Con and more! You can follow her on Twitter @HSW3K