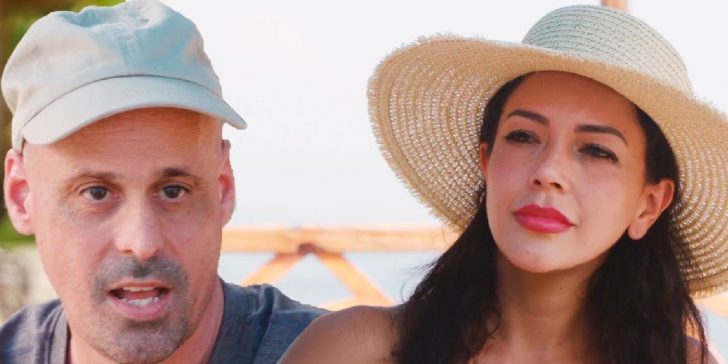 90 Day Fiancé: Before The 90 Days couple Gino and Jasmine’s relationship has many red flags, mainly due to Jasmine’s jealousy and her raging temper.

Fans witnessed immediate chemistry between this 90 Day Fiancé: Before The 90 Days couple and were introduced to Gino’s quirky insistence that he always wear a hat to cover his balding head. The stylish Jasmine, 32, clearly clashed with Gino’s casual shorts-and-T-shirt vibe, but they’ve been enjoying each other a great deal as Jasmine has been showing him the enchanting Panamanian landscape. Gino is twenty years her senior, and the age difference is palpable, though, like many 90 Day Fiancé: Before The 90 Days couples, they seem unconcerned. Gino and Jasmine face issues significantly greater than a gap in their birth years, and those problems began to surface as soon as Gino landed in Panama City.

Fans witnessed their first glimpse of trouble when the couple went to a restaurant after Gino first arrived to meet his Central American beauty. Gino left the server a tip, and Jasmine went into a rage of jealousy, accusing Gino of flirting with the waitress. Jasmine’s jealousy, especially at this early stage, is a huge red flag and has become a major stumbling block for this 90 Day Fiancé: Before The 90 Days couple. Even before Gino arrived in Panama, Jasmine made him send screenshots of places he went. She insisted that Gino change the decor in his home because his ex-wife chose the colors. Her jealousy culminated in episode 15 when she demanded that his ex-wife drop his last name.

At one point during 90 Day Fiancé: Before The 90 Days, viewers found out that Jasmine, a mother of two, is on birth control, even though she knows Gino wants to have children with her. She revealed this to him after one of their many blow-ups. The issue of children is another red flag for this couple because Jasmine is not only unsure about having children with Gino, but she’s reluctant to leave her children in Panama and move to the U.S. Fans speculate if Jasmine has a child with Gino but leaves her own in Panama, she will resent living in the U.S. while hoping to immigrate her own kids to America. Jasmine has also expressed concern about leaving her mother behind and being accepted by Gino’s friends and family.

Another red flag Gino has seen in Jasmine is her penchant for the finer things in life. The 90 Day Fiancé: Before The 90 Days star has been paying for Jasmine’s apartment as they begin the K-1 visa process, and he also splurged on a romantic getaway that Jasmine arranged while in Panama. But Gino is currently unemployed and is concerned that Jasmine will expect a more lavish lifestyle than he can afford. She says she is going to redecorate their home in the U.S. Even though Gino earned some of Jasmine’s wrath from some of his own antics; he has plenty to worry about going forward. Jasmine has stormed out on Gino numerous times during his Panama trip. Viewers wonder if her jealousy and temper will worsen once she’s living in a foreign land.

Next: 90 Day Fiancé: What Makes Gino Wanting A Prenup With Jasmine Laughable