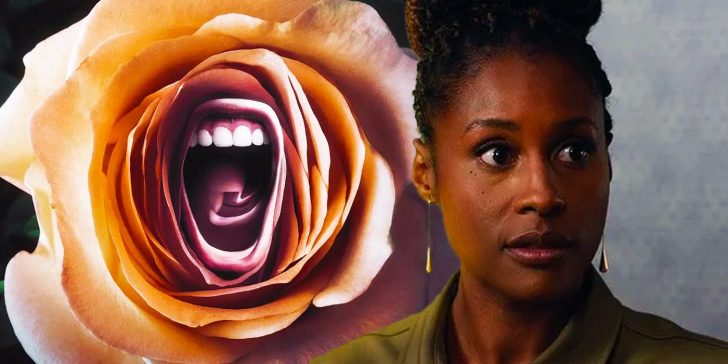 Roar’s soundtrack is as eclectic as its combination of different genres and stories — here’s a guide to every song in the show. Based on the book Roar by Cecelia Ahern, the Apple TV+ series tells the stories of eight different women while tackling several of the most crucial sociopolitical issues affecting women today. Drawing comparisons to shows such as Twilight Zone, Black Mirror, Man Seeking Woman, and Love, Death, & Robots, Roar combines magic realism, social reality, comedy, drama, horror, and sci-fi, and its songs are a reflection of the variety of genres featured in the series.

The music for Roar was arranged by Isobel Waller-Bridge, who famously composed the music for her sister Phoebe’s critically acclaimed tragicomedy Fleabag. Waller-Bridge also wrote music for movies such as Vita and Virginia, Emma, The Phantom of the Opera, and Munich: The Edge of War. Waller-Bridge’s genre-bending skills are in full display in Roar.

Roar’s soundtrack is a combination of Waller-Bridge’s original work and several songs from different artists. This list includes artists like Anderson Paak, Peggy Lee, Marvin Gaye, and even Roar’s own Cynthia Erivo. Here are all the songs featured in the Apple TV+ series Roar.

“The Girl Who Loved Horses” by Isobel Waller-Bridge: This rock anthem is Roar’s theme song. It starts off every episode.

“Nont For Sale” by Sudan Archives: Wendy arrives in LA and this song plays in the airport

“A Rental” by Isobel Waller-Bridge: The first time Wendy enters the mansion that the studio rented for her, this song plays in the background.

“Got To Give It Up” by Marvin Gaye: Wendy dances to this song before jumping in the pool, the first of Roar’s many contributions to the list of memorable dance scenes on TV.

“Off The Ground” by Anderson Paak: This soulful funk track plays during the end credits.

“Jackie Wilson Said (I’m In Heaven When You Smile)” by Van Morrison: Robin plays this song as she drives to her mom’s house.

“Power & The Passion” by Midnight Oil: This is another song in Robin’s road trip playlist.

“Disappear” by INXS: This is yet another song that shows off Robin’s love for classic Aussie rock.

“The Woman Who Ate Photographs” by Isobel Waller-Bridge: This ambient track accompanies Robin as she eats several photographs and re-experiences various memories.

“Disappear” by Vitamin String Quartet: This is the end credits song for Roar’s second episode.

Roar Season 1, Episode 3 “The Woman Who Was Kept On A Shelf”

“The Woman Who Sat On A Shelf” by Isobel Waller-Bridge: This song accompanies scenes of Amelia being treated well by her husband.

“Song of the Wanderer (Where Shall I Go?): In a scene shot like a Broadway musical, Amelia gets off the shelf and dances around town to this song.

“Whistle For Happiness” by Peggy Lee: This classic caps off Roar’s third episode.

Roar season 1, episode 4 “The Woman Who Found Bite Marks On Her Skin”

“You Dropped A Bomb On Me” by The Gap Band: Ambia drinks with her team and lets loose to this song.

“The Woman Who Had Bite Marks” by Isobel Waller-Bridge: This song plays when Ambia joins the support group for moms.

“Mama” by Cynthia Erivo: The fourth episode ends with a song from the actor who played Ambia.

Related: Love, Death & Robots Vs. Black Mirror: Which Is Better?

Roar season 1, episode 5 “The Woman Who Was Fed By A Duck”

“The Woman Who Was Fed By a Duck” by Isobel Waller-Bridge: This song plays when Elisa takes home the duck.

“Opus (Four Tet Remix)” by Eric Prydz: This is the song that accompanies the montage of Elisa and Larry the duck’s life together, evocative of the classic romcom montage.

“Way Behind Me” by The Primitives: The fifth episode is capped off by this classic rock number.

Roar season 1, episode 6 “The Woman Who Solved Her Own Murder”

“The Woman Who Solved Her Own Murder” by Isobel Waller-Bridge: The montage of Rebecca trying to solve her own murder happens with this song in the background.

Related: Every Easter Egg & Reference In Twilight Zone’s “A Traveler”

Roar season 1, episode 7 “The Woman Who Returned Her Husband”

“The Woman Who Returned Her Husband” by Isobel Waller-Bridge: This song plays when Anu returns her husband to the store like an appliance.

“The Girl Who Loved Horses” by Isobel Waller-Bridge: In the series only episode in the period drama genre, the Roar theme song plays when Jane and her friend dance around the bonfire,

Peter is an elder millennial, cat-father, illustrator, and freelance writer for Screen Rant. Born, raised, and still based in Metro Manila, Philippines, Peter’s knowledge of geekdom was forged in the lagging fires of 56kbps Internet and dodgy forums, and now burns bright with the light of Netflix and downloads. When he’s not having visions about the end of the multiverse, he’s either bothering his cat or brewing ginger beer.