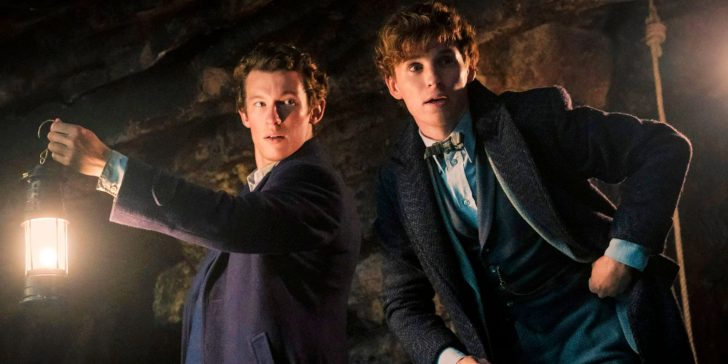 The second trailer for Fantastic Beasts: The Secrets of Dumbledore, which was scheduled to drop this morning, is delayed for the time being.

The second trailer for Fantastic Beasts: The Secrets of Dumbledore, which was scheduled to drop this morning, has been delayed for the time being. Since The Batman is coming to theaters soon, a new trailer for the next Wizarding World installment was expected from Warner Bros., as they usually drop big trailers close to their major movie releases. A few days ago, the official Twitter page of the Fantastic Beasts film series posted a video which featured Jude Law (who plays Albus Dumbledore in the Fantastic Beasts series) announcing that the newest trailer for the upcoming third installment would be unveiled on Thursday, February 24.

The eagerly awaited Fantastic Beasts: The Secrets of Dumbledore trailer will not be revealed today. More to come very soon, thank you for your patience.

To further build the anticipation of the new Secrets of Dumbledore trailer, the Twitter page previously called for fans to share “anything Dumbledore-related,” such as cosplay, fan art, or tattoos, to join Dumbledore’s first army. This was part of the same post that included the video featuring Law. The next day, a slew of 18 new Secrets of Dumbledore character posters was unveiled on the page, raising the anticipation for the new trailer even more.

The most popular theory as to why this trailer has been postponed is the ongoing crisis in Ukraine. Seeing as the Fantastic Beasts film series focuses on a global war between the magical and non-magical communities in the Wizarding World, many fans believe it would have been considered insensitive for Warner Bros. to release the trailer today. Until world events begin to stabilize, Warner Bros. may keep holding it off. A new release date for the trailer has not yet been announced, although it will most likely drop within the next few days.

The upcoming installment of the Fantastic Beasts series has been anticipated by Wizarding World fans around the world. It was one of the many films to have its production delayed by the pandemic, and so now that it’s only a couple of months away, the excitement is building. Even though the series has been met with mediocre feedback from critics, loyal fans remain just as exuberant as ever. Whenever Warner Bros. does decide to finally release the new trailer for Fantastic Beasts: The Secrets of Dumbledore, it will give all the faithful followers a lot to talk about.

No Way Home’s BTS Did The Impossible: Made Maguire & Garfield’s Return Better

Andy Tolsky is a Movie/TV News writer for Screen Rant. Having grown up in the Los Angeles area, he was drawn to the moviegoing world at a young age. Today he still lives in sunny LA and he isn’t planning on leaving anytime soon. These days he often spends his time scouring the web for the latest movie news and reviews…when he’s not watching movies, that is. His favorite movies include “The Lord of the Rings,” “The Nightmare Before Christmas” and “Baby Driver”.
He can be reached via e-mail at andytolsky@gmail.com and via Twitter at @AndyTolsky.