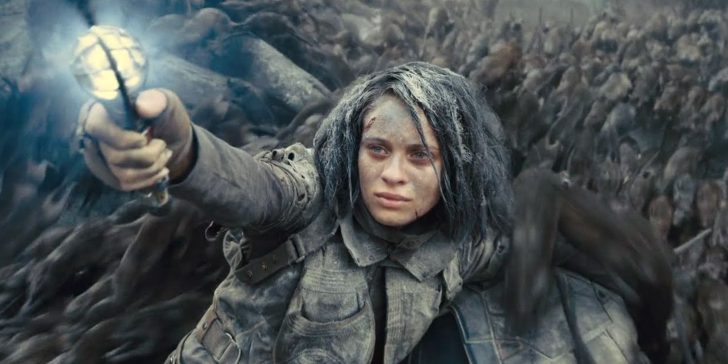 The Suicide Squad’s Daniela Melchior is the latest actress to join the highly anticipated tenth film in the Fast and Furious movie saga.

Portuguese actress and model, Daniela Melchior, who played Ratcatcher 2 in 2021’s The Suicide Squad, has signed on to join the ensemble cast of Fast and Furious 10, the highly anticipated tenth entry in the globally popular Universal Studios’ Fast and Furious saga. She will be joining franchise stars that include Vin Diesel, Tyrese Gibson, Ludacris, Michelle Rodriguez, and Sung Kang. Justin Lin is directing the latest film, after previously directing F9: The Fast Saga, as well as several other entries in the franchise. Diesel and Lin are also returning as producers.

Plot details for Fast and Furious 10 have not yet been released, and the official title is yet to be announced. The franchise, which first began with The Fast and the Furious in 2001, is now one of the highest-grossing film properties of all time, collectively earning an astonishing $6.6 billion worldwide. The property has also spawned spinoffs, such as the popular Dwayne Johnson and Jason Statham-starring film Hobbs & Shaw in 2019, which is expected to receive a sequel.

According to Deadline, Melchior has signed on to play an undisclosed character in Fast and Furious 10, which opens in theaters on May 19, 2023. The actress is joined by fellow fresh cast addition, Aquaman’s Jason Momoa, who was just announced earlier this year. Melchior will soon be seen in the action film, Assassin Club, with Henry Golding and Noomi Rapace. Additionally, the actress is also set to appear alongside Liam Neeson in the 1950s set noir thriller, Marlowe, based on the novel, The Black-Eyed Blonde, by Raymond Chandler.

Melchior is best known for her recent role in the James Gunn directed The Suicide Squad, where she played the role of Ratcatcher, alongside Margot Robbie and Idris Elba. That film served as her English-language debut, after appearing in many Portuguese-language films and television shows. Melchior has been a busy actress, recently starring in the 2021 drama miniseries Pecado as the lead character of Maria Manuel. Melchior also provided the Portuguese dubbing voice for the character of Gwen Stacy in Sony’s Spider-Man: Into the Spider-Verse, which was originally voiced by Hailee Steinfeld. It will be interesting to see what role Melchior will play in Fast and Furious 10, and how she interacts with the long established cast of franchise characters.

Fast and Furious 10 is bound to catapult Melchior’s acting career even further in Hollywood. Many in the industry and media have already begun calling the young actress the next Gal Gadot. Gadot, who is famously known for playing Wonder Woman in several DC films, had her first major breakout role as Gisele in an earlier Fast and Furious franchise film entry, Fast Five.