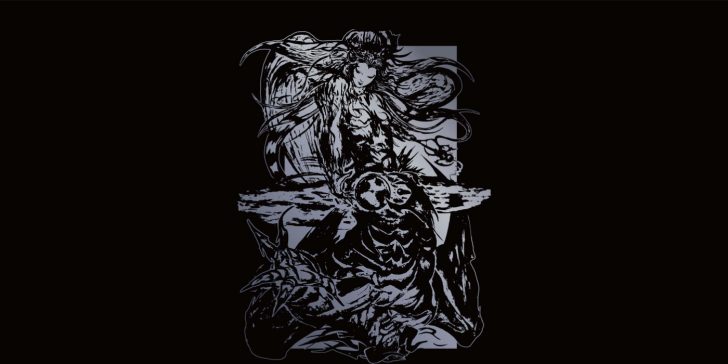 Final Fantasy XIV: Endwalker wasn’t just the end of the narrative of Hydaelyn and Zodiark, it was also the end of an aural adventure. FFXIV sound director Masayoshi Soken has helped guide the MMO’s soundscape for 11 years now, taking on the role of lead composer during the development of A Realm Reborn. Over the course of that run, he has consistently turned out some of the best tracks in Final Fantasy history. Who doesn’t shed a small tear when they hear “Dragonsong,” or find their blood pumping when “Heroes” really picks up during the King Thordan fight?

This week, those who preordered the official soundtrack for Endwalker will be receiving their copies. In addition to a Blu-Ray disc with 62 tracks from the expansion, the set also includes liner notes with official lyrics and translations for voiced tracks alongside written thoughts from director Naoki Yoshida and Soken. (These were posted to Reddit. Thanks!) Soken himself looks back on all of his work for FFXIV since the original release in 2010.

“This is the end to a massive tale, though, and the culmination of a musical journey that reaches all the way back to 1.0 and has continued through A Realm Reborn, Heavensward, Stormblood, and Shadowbringers. I crammed as much from those titles as I could into the soundtrack for Endwalker, so I hope it moves you Warriors of Light to reflect on the journeys you’ve made, as well as those to come,” he writes.

He acknowledges that the 11 years on FFXIV make up almost half of his 24-year career, meaning he’s given so much effort to a single game. Soken also writes his thoughts on ending this narrative saga and summing up everything players had experienced up until Endwalker. It’s an ongoing effort considering the game will continue on for at least another ten years. That work is highlighted by the fact that Soken wrote these notes during the troubled early access launch.

“It’s the day after the launch of early access for Endwalker, and I’ve been working through the night with a team of programmers to sort and resolve a slew of reported sound issues,” he says. “With this expansion, the sound team faced a healthy share of new challenges and with the number of Warriors of light that have amassed on the shores of Eorzea, we had to be extra thorough in debugging these sound updates by testing across numerous environments. As a developer, it’s been a hellish experience, but a precious learning opportunity all the same. All of which begs the question: why on earth is today the deadline for these liner notes?!”

It wasn’t just his composing effort and finishing this saga that weighed on Soken during the development of Endwalker. Sometime after the announcement of the new expansion, Yoshida revealed that Soken had battled cancer during Endwalker’s creation. Combined with the ongoing pandemic, it was a difficult time for Soken. However, he was eventually able to return to FFXIV’s development and, last we heard at the previous Fan Fest, his cancer was nearing full remission.

Soken seems to remain in good spirits. Not only does he look forward to the future of FFXIV, but he also hopes that his work will cause others to become interested in the craft of musical composition. As he states at the end of the liner notes: “If seeing me go on and on about sound production has somehow garnered your interest in this line of work, then by all means, please contact Square Enix’s Sound Division so we can work together! (Let’s march through the gates of hell, baby! Haha!)”