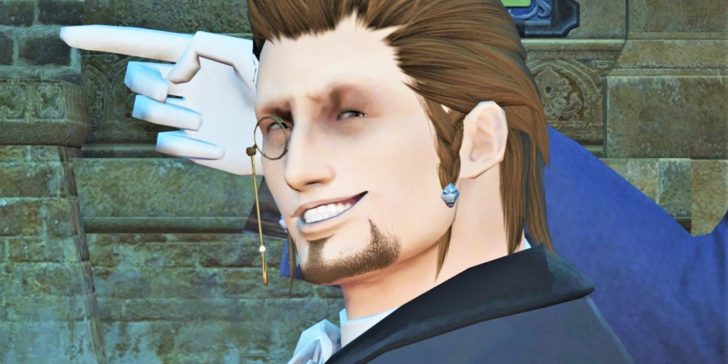 Ah yes, another Final Fantasy XIV Live Letter full of new, juicy information! This latest stream was focused on the broader future of FFXIV, but we learned more about the next major update, Patch 6.1. A separate Live Letter dedicated to 6.1 is scheduled for March 4, and director/producer Naoki Yoshida said it will go live sometime in April. Here’s what we can expect.

We’ll be getting new main scenario quests to kick off the new era of FFXIV with Patch 6.1, as expected. Not much was said about MSQ, but we’re also getting some interesting sidequests. There will be a new sidequest series called “Tataru’s Grand Endeavor,” which will get updates throughout the 6.x patch cycle.

More importantly, Hildibrand Manderville is coming back, baby! Patch 6.1 will continue the saga of the inspector extraordinaire in the new questline dubbed “Somehow Further Hildibrand Adventures.” The questline will be updated in subsequent 6.x patches as well. It’s been a while since we’ve seen the big doofus and his trusty Miqo’te sidekick Nashu Mhakaracca — if you haven’t done these yet, Hildibrand quests are something we highly recommend. The 24-player Alliance Raid series, Myths of the Realm, starts with its first leg in Patch 6.1, which was revealed in the lead up to Endwalker. This questline and raid series will explore the mythology of FFXIV‘s 12 gods. The new Unreal trial, Ultima’s Bane, comes with this update. And if you love banging your head against the wall with even harder content, the next Ultimate duty, Dragonsong’s Reprise, will be live a bit after with Patch 6.11. Yoshida-san said, “It’s quite difficult.” Good luck, y’all.

The new Arkasodara tribe quests will added along with new dailies. Yoshida-san also mentioned that the team is moving away from calling them “beast tribes,” citing that it’s “unfavorable” to call them that due to the negative connotation. The FFXIV team is going to find a better way to phrase these in the future.

If PvP happens to be your thing, you can look forward to the new Crystalline Conflict mode in Patch 6.1. This has been shown off in great detail in a previous Live Letter before Endwalker‘s launch. It’s a small-scale 5v5 mode consisting of shorter matches and lower stakes to encourage more players to try it. A major part of the Live Letter covered the overhaul of older content, specifically dungeons and instances being retrofitted with the Trust system. With Patch 6.1, you’ll be able to take AI party members into A Realm Reborn‘s 2.0 MSQ dungeons. Additionally, the Cape Westwind trial is turning into a solo duty, and Castrum Meridianum, and The Praetorium are being rebuilt as four-player instances. The fight against Lahabrea will also turn into a solo duty. Pour one out for such devastation. We have all the details on this expansion of the Trust system, which will continue throughout the 6.x patch cycle.

Other key details include the implementation of the new “calling card” style UI customization feature — it was mentioned as a PvP feature in a previous Live Letter, and they’ll be showing it off in the upcoming Live Letters. I also need my beefy Lion boys to rise up; the Hrothgar are getting new hairstyles in Patch 6.1. Unfortunately, they have not been shown yet.

And if you didn’t get enough of Ameliance, aka Alisaie and Alphinaud’s mom, aka Mommy Leveilleur, in Endwalker, new custom deliveries for her will be added in Patch 6.1. You can also look forward to updates on glamour plates, the Ishgardian housing district (Empyreum) finally opening up, and Data Center travel when the 6.18 update hits.

With regards to new housing in Empyreum, FFXIV will feature a new lottery system in addition to the first-come-first-served system. This applies to both Free Company and individual housing. We’ve previously covered how the new purchase system for Ishgardian housing will work.

For more on the Live Letter, be sure to catch up on how the cadence of new FFXIV content is changing with longer development cycles. Also make sure you check out the preview of the FFXIV 7.0 graphical overhaul — it features better textures, lighting, shaders, and character models.