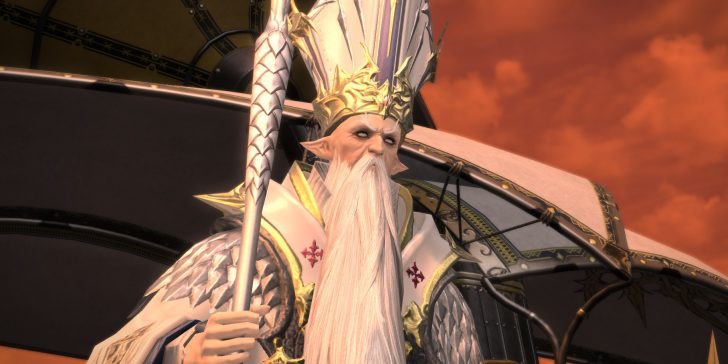 As part of the Patch 6.1 cycle for Final Fantasy XIV, several interstitial patches are planned to bring even more new content — and that first one, Patch 6.11, is almost here. The main feature of Patch 6.11 is the new Ultimate duty, Dragonsong’s Reprise. This is a reimagining of several iconic fights from the Heavensward expansion all packed into one challenging raid instance.

While the exact date and time haven’t been outright stated at the time of writing this, it’s easy to take an educated guess and say the Patch 6.11 release date is Tuesday, April 26 — likely with a short maintenance period early in the morning on Pacific time. The official FFXIV Twitter account said so! FFXIV‘s content schedule has been very consistent over the years, so the “x.11” patch coming two weeks after the “x.1” patch is no surprise.

For those who might not be familiar with them, Ultimate-difficulty raids are extremely demanding. This is content specifically geared towards the hardcore FFXIV players. An Ultimate pits a party of eight players against four (4) Savage/Extreme style bosses in a row, one after the other. They must all be defeated in this one instanced duty, and a party wipe means starting all over again. That sounds punishing, and that’s because it is. Like the official FFXIV account said, don’t forget your food and potions because you don’t wanna be caught slippin’.

Ultimates are always based on previous content with a wild remixing of mechanics and phases to surprise you, and we’re excited to see how the big fights of Heavensward are recreated. So far, we’ve seen Hraesvelgr and Nidhogg as a tag team on the Steps of Faith as teased in a Live Letter. And of course, we expect to take down that dillweed King Thordan with his Knights of the Round Table once more.

Ultimately, Patch 6.11 isn’t going to have content most players will flock to, but it may also include some more minor tweaks and bug fixes. We’ll be sure to provide an update when the FFXIV 6.11 patch notes come out.

Don’t fret, as Patch 6.1 is still filled with new content to play through — some of which we haven’t gotten to yet either. We took care of the big stuff, though. If you need help with any of the dope new features in the game, we have you covered with our Aglaia alliance raid guide, Endsinger EX guide, Alzadaal’s Legacy guide, new 6.1 endgame gear guide, breakdown of all the Job changes, and so much more. And if you want some heavier reading, check out our insights on the FFXIV 6.1 MSQ and the story behind the gods in the Aglaia raid.