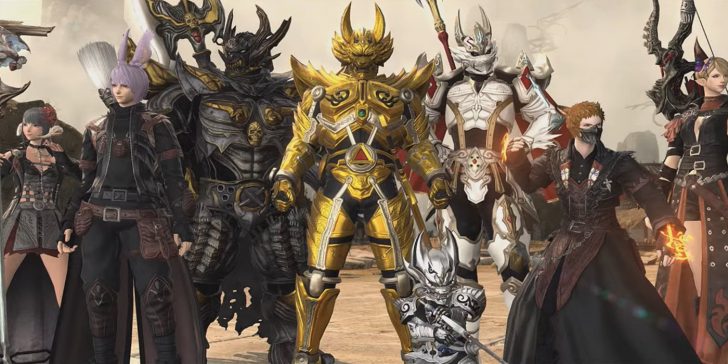 I remember the desperate scramble to get the Garo PVP gear in Final Fantasy XIV the first time around. As a fan of tokusatsu in general, and many of the Garo shows, I was hyped to collect them. Unfortunately, by the time I knuckled down and started the grind ahead of Patch 5.1 back then, the event was ending. I was able to get the gear I wanted, but not the mounts.

Well, my long nightmare is over. During the Live Letter From the Producer, FFXIV creative director and lead producer Naoki Yoshida announced that the Garo event will be returning in the future. There was no release date given for the return. We did see a trailer for the collab, but it was simply the original one from the first event.

Things have changed since the event originally launched, though! We have four new jobs — Dancer, Gunbreaker, Sage, and Reaper — each of whom needs their own iteration of the Garo gear. Yoshida confirmed that there will be new gear for those jobs, alongside new achievements and titles.

None of the new gear was shown, but there are tons of Garo armor designs to pull from, given that there are nearly 20 television seasons, OVAs, and movies. The Paladin, Warrior, Dragoon, and Ninja gear are based on the Garo, Kiba, Dan, and Zero makai armors from the original show — and I could see Gunbreaker getting the Zen armor set, for example.

The Ginga, Goten, and Raigo mounts will also be returning. They’re based on the Madou horses from the show as well, so I wouldn’t be opposed to some new mounts, adding the Hayate and Shingetsu mounts to FFXIV. Make it happen, Yoshi-P!