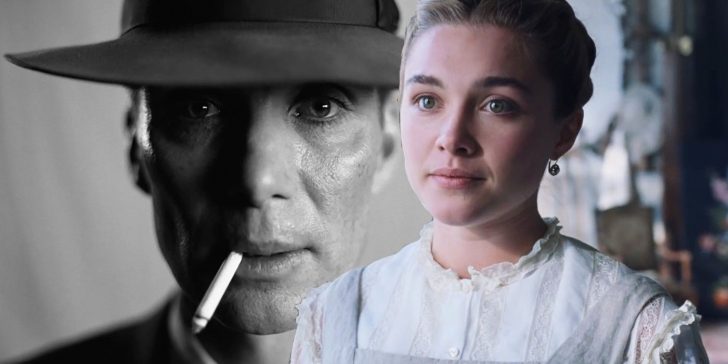 In a photo from the set of Oppenheimer, Florence Pugh and Cillian Murphy walk side by side as Jean Tatlock and J. Robert Oppenheimer, respectively.

A photo from the Oppenheimer film set shows actors Florence Pugh and Cillian Murphy walking together for a scene. Oppenheimer stars Murphy and Pugh in a biographical drama about the theoretical physicist who helped to create the atomic bomb, J. Robert Oppenheimer. Often called the “father of the atomic bomb,” his research played a significant role in the Manhattan Project, an undertaking by the United States to create nuclear weapons in World War II. Authors Kai Bird and Martin J Sherman offer a compelling biography of Oppenheimer in their 2005 book American Prometheus, on which the upcoming film is based.

Helmed by acclaimed director Christopher Nolan, Oppenheimer features an impressively star-studded ensemble cast, illustrating the significance placed on the subject matter and its impending portrayal. Robert Downey Jr., Matt Damon, Emily Blunt, Rami Malek, Kenneth Branagh, and Alex Wolff are among the large number of notable actors appearing in the film. Murphy plays the titular role of Oppenheimer, and Pugh portrays American psychiatrist, physician, and Communist Party member Jean Tatlock, with whom Oppenheimer famously engaged in a romantic affair before and during his marriage with Kitty Harrison (played in the film by Blunt).

Related: Nolan’s Next Movie Can Deliver On His Unmade Film’s Great Potential

A new photo from the production of Oppenheimer shared by Film Daze shows Pugh and Murphy strolling side by side, both donning 1930s attire and hairstyles. The shot anticipates the film’s depiction of the affair between Tatlock and Oppenheimer, which began at the University of California Berkeley where Tatlock was a graduate student and Oppenheimer taught physics. Check out the new photo of the two actors below:

Pugh, who shot to international acclaim with her role in 2019’s indie horror film Midsommer, has several impending film projects aside from Oppenheimer, including the highly-anticipated, Olivia Wilde-directed film Don’t Worry Darling, in which she stars opposite Harry Styles. For Murphy, Oppenheimer follows the ending of his acclaimed show Peaky Blinders after six successful seasons. Murphy is also already a frequent player in Nolan’s cinematic oeuvre, having appeared in The Dark Knight trilogy, Inception, and Dunkirk. His role in Oppenheimer is highly anticipated by film fans, and the promise of juicy scenes between him and Pugh only make the movie more exciting.

Oppenheimer serves as Nolan’s introduction to the biopic genre; the director’s career has up to now been largely epitomized by his revered work in science-fiction and action. Nolan’s flair for the dramatic that never forfeits quality suggests that the upcoming drama, while thematically different from his previous films, will retain Nolan’s signature sense of both emotional and visual scope. This directorial style, along with the film’s A-list call sheet, promises to sculpt the true story of Oppenheimer distinctively and effectively. Oppenheimer is set for a prime summer release slot in anticipation of its success, premiering in theatres on July 21, 2023.

Next: Every Upcoming Florence Pugh Movie