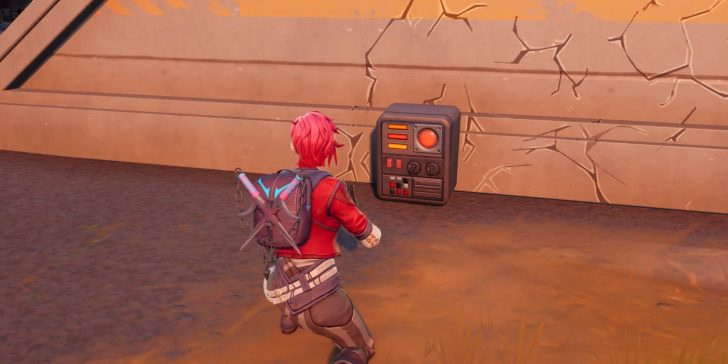 Fortnite Chapter 3 Season 2 is in full swing, bringing map changes, a new battle pass featuring Marvel’s Doctor Strange and Prowler, and tons of challenges to complete. From seasonal quests to a new character collection to complete, there is no shortage of activities at hand. This guide focuses on the Fortnite Plant Wiretaps to Monitor IO Communications quest, detailing all locations.

If you’re in need of more help, we have guides covering all Chapter 3 Season 2 weekly quests, Omni Chips to upgrade your Omni Sword, when is building making a return, and objectives such as cross Behemoth Bridge and Fortnite tank locations to collect armor samples and deliver a tank to a Seven Outpost.

As part of the Fortnite Resistance quests, you’re tasked to plant wiretaps to monitor IO communications across three different locations. This quest is unlocked automatically after you’ve completed the week four of Resistance quests.

Let’s get into the steps. First, you need to establish a Device Uplink near Command Cavern, the Fortress, or Loot Lake. I went for Loot Lake, but all three are somewhat close to one another, so it’s up to you. For this specific location, you can establish the device right at the center, just next to a rock and close to the cabin.

From here, you have to plant wiretaps to monitor IO communications in three different spots. The order doesn’t matter, but you can find the exact locations below.

The first spot to plant a wiretap to monitor IO communications in Fortnite can be found northeast of Tilted Towers. Once around the IO base, you can plant the device on the eastern side of the base, next to a wall that is on the opposite side of the gas pumps.

The spot in The Fortress is far more tricky since it involves going straight into the vehicle itself, which is infested by IO bots. I recommend to just make a run for it and plant the wiretap fast.

Once in The Fortress, you can find the spot to the left of the ramp that leads to the inside of the vehicle.

Lastly, the third spot in Command Cavern can be found west of the main area. It’s just on the platform next to the antenna there, which is on the opposite side of a tank. Plant the third and final wiretap here to finish the quest.

That is all for the Fortnite plant wiretaps to monitor IO communications objective! It’s a fairly straightforward objective, although it can be prove troublesome considering the amount of bots around The Fortress, as well as the usual popularity of Command Cavern amongst players.

Remember that if you don’t see this quest yet, you still need to tackle the objectives from last week, which includes quests such as transmit data to the drone and place anti-tank rounds.