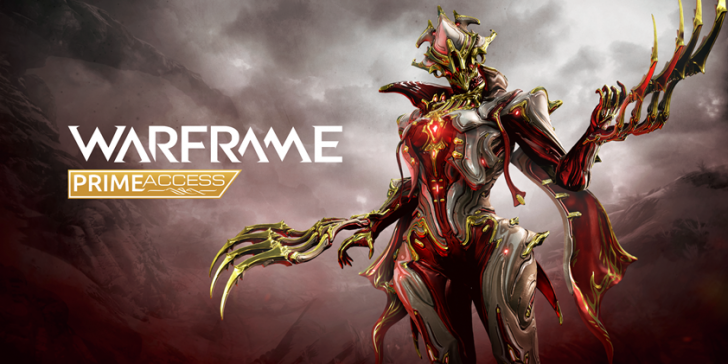 Garuda Prime Access — basically a purchase period where players can buy the titular character in Warframe — starts today. This happens to coincide with the free-to-player shooter’s nine-year anniversary. That means free stuff for everybody! Well, free stuff for those that log in between March 28 and April 25. Warframe is hosting five weekly “Alerts” to hand out things like weapon slots and skins. So you need to jump in each week during the aforementioned period to get individual things from that collection. Here’s the calendar provided by Digital Extremes below.

Garuda Prime, by comparison, will set you back a pretty penny. Like other Prime Access offerings (which rotate every few months) the cheapest bundle to include the “gore-powered” character herself is $80 USD. Though there’s also a $50 bundle that just gets you her weapons and a $140 one that comes with a bunch of extra goodies on top. The game itself is, of course, still free. That’s a steep asking price for many even so. The upshot is that you also get a load of in-game currency, Platinum, for much cheaper than what you would normally pay for it as standalone currency — let alone while getting a shiny new cyborg and her gear in the deal.

My personal recommendation has always been to buy just one $80 pack when you’re still starting Warframe, but after you’re sure you want to keep playing. It’s a good way to kickstart past a lot of the really irritating quality-of-life limitations locked behind Platinum. That includes weapon slots, by the way. As such I’ll probably log in for those first three weeks myself… I’ve been off the Warframe train playing Elden Ring and Final Fantasy XIV of late, but those in-game player apartments have me curious. I also like the story stuff developer Digital Extremes set in motion with The New War. I’ve just been looking for another excuse to actually play past that point.

Garuda Prime is actually another great excuse to do just that. At least for me. The reason I always recommend buying just one Prime Access pass is because you can get the associated characters in-game. For free! It’s just a bit of a grind. Said grind is part of the core gameplay loop in Warframe, though. That’s not for everyone. I happen to enjoy a good, chill grind now and again (between games like Elden Ring and FFXIV). You can always cave and chuck in another $80 later if you’re really certain you want a particular frame.

And while less exciting, the free events are another good excuse to remember just how the hell to play the enormously complicated game between now and the next update: Angels of the Zariman. I’m sure Digital Extremes is banking on exactly that kind of thought process, too. This is how they get me almost every time…

Disclaimer: Tencent apparently bought Warframe developer Digital Extremes in late 2020. Tencent is also the parent company of Fanbyte Media. Despite this, I did not know about the purchase until, like, the middle of last year. That’s because Tencent has no oversight or really any contact with Fanbyte editorial. Digital Extremes and other developers don’t even give us any special information of previews or anything, but we also don’t ask for it. That’s probably good for “ethics” and whatnot. I’ve just been playing and writing about Warframe since I was in high school for all kinds of different sites before I ever started working here. Does anybody but me read these things? I hope so. I put a lot of work into them.