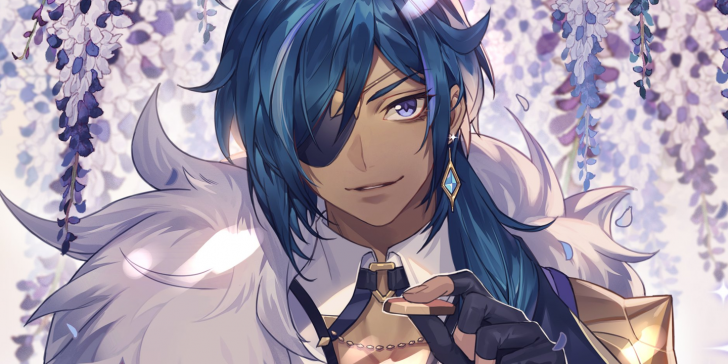 Many Genshin Impact characters are obsessed with food (looking at you, Paimon), and for good reason; they offer massive Attack, Health, Defense, and Stamina bonuses. But with dozens of recipes in the game, which ones are the best?

In this Genshin Impact food list, we’re not just looking for the best buffs. As many dishes offer the same effect, it’s important to choose the ones that don’t require you to climb a bunch of mountains. As a general rule, the easiest ingredients are those that can be bought from shops (like Milk and Flour), are very common (Mushrooms, Carrots), or can be obtained from Adventurer’s Guild Expeditions (Bird Eggs, Raw Meat).

How to Use Food in Genshin Impact

The Genshin Impact food mechanic is quite simple; obtain recipes by questing, exploring, and completing challenges. Go to a cooking station (they’re scattered across the map, but there’s always one in the cities) and craft the food of your choice. As a general rule, 5-Star food is better than 1-Star food. Then again, more Stars means more difficult recipes.

Note that there’s a difference in cooking quality. If you finish cooking a dish when the timer is inside the yellow box, you’ll get a perfect dish. Perfect dishes offer a higher bonus than normal dishes. We’ve only listed the food effects for perfect dishes below.

Let’s start with the obvious: Adeptus’ Temptation is awesome and every Genshin Impact player should feed it to their party. It’s currently the only 5-Star food and therefore offers the highest Attack bonus.

Then again, it’s difficult to cook it in large quantities due to the high number of ingredients. Better save your Adeptus’ Temptation dishes for boss fights, and use an easier dish for normal questing. Almond Tofu is one of the best options, as you can get the ingredients from shops and expeditions.

Furthermore, if you have a very active Main DPS using Physical Damage (Eula, in other words), go for Tianshu Meat instead. And if you struggle to get a high enough Critical Rate, Come and Get It offers the highest Critical increase.

Increases all party members’ Attack by 372 and Critical Rate by 12% for a duration of five minutes.

Increases all party members’ Physical Damage by 45% and Critical Rate by 10% for five minutes.

Increases all party members’ Critical Rate by 20% for five minutes.

Increases all party members’ Attack by 95 for a duration of five minutes.

How to Obtain the Best Attack Food Recipes

Adeptus’ Temptation (5-Star): Found inside the chest on the floating island above Qingyun Peak (Liyue).
Tianshu Meat (4-Star): Reach Reputation Level 7 in Liyue.
Come and Get It (3-Star): After reaching Adventure Rank 40, buy it from Chef Mao in Wanmin restaurant (Liyue Harbor) for 5,000 Mora.
Almond Tofu (2-Star): Investigate the Wangshu Inn kitchen in Liyue (center of the map).

Most HP recovery dishes are pretty easy to make. Universal Peace is a great example, but definitely not the only option. If you’re an early-game player, try to get Mondstadt Hash Brown, as you only need an Adventure Rank of 15.

Don’t forget about Defense and Shield boosters either. If you use a shield provider like Zhongli, Moon Pie offers the highest possible bonus and is easy to make with ingredients from shops and expeditions. If you use a healer like Kokomi, go for Golden Crab. Finally, as an Inazuma dish, Sakura Shrimp is harder to obtain but incredibly useful, especially to characters whose abilities scale with HP.

Increases all party members’ Defense by 308 and healing effects by 10% for five minutes.

Increases all party members’ Shield Strength by 35% and Defense by 235 for five minutes.

Increases all party members’ HP by 25% for five minutes.

How to Obtain the Best Recovery and Defense Food Recipes

There are plenty of 3-Star Genshin Impact revival foods, but it’s recommended to only use the 1-Star recipes. After all, every single one of these recipes does what it needs to do: revive your fallen characters. The only difference between a 1-Star and a 3-Star revival food, is that the first comes with 150 HP and the second with 1,500 HP.

Unless you’re in the early-game, 1,500 HP is nothing, so you still need healing anyway. Save your valuable ingredients for high-tier recovery foods, and simply go for a large stack of Teyvat Fried Eggs. If you’re lucky, you’ll get Bennett’s 10% HP recovery bonus from time to time.

How to Obtain the Best Revival Food Recipes

Which Genshin Impact Stamina food is best for you, depends on what you’re looking for: do you want to increase your sprint duration, both sprint and climbing duration, or sprinting and gliding?

Sprinting and climbing consumes more Stamina compared to gliding though, so Sticky Honey Roast is usually the best option. Choose Lotus Seed and Bird Egg Soup if you’re looking for an easier recipe. If you want to avoid running out of Stamina mid-flight (or mid-climb), always take some emergency Noodles with you.

Decreases all party members’ climbing and sprinting Stamina consumption by 25% for 15 minutes.

Decreases all party members’ gliding and sprinting Stamina consumption by 25% for 15 minutes.

4 Carrot
4 Potato
4 Onion
Venti’s Special Dish: Increases the duration to half an hour.

Decreases all party members’ sprinting Stamina consumption by 25% for 15 minutes.

How to Obtain the Best Stamina Food Recipes

Sticky Honey Roast (3-Star): Do the Food Delivery Daily Quest or complete Master’s Day Off during Jean’s Story Quest. Both take place in the Mondstadt region.
Barbatos Ratatouille (3-Star): Talk to Vind on Stormbearer Point, northeast of Mondstadt.
Lotus Seed and Bird Egg Soup (2-Star): Buy it for 2,500 Mora in Bubu Pharmacy, Liyue Harbor.
Noodles With Mountain Delicacies (2-Star): Buy it from Ms. Bai for 2,500 Mora. Her shop is in Qingce Village, the northern part of Liyue.

What Genshin Impact food is your favorite? Let us know in the comments!