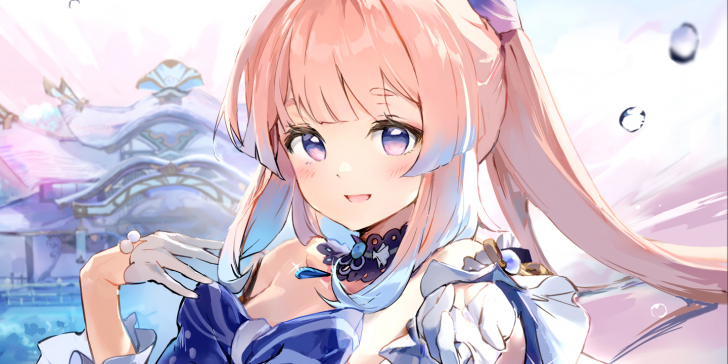 Genshin Impact has a new Archon Quest, and that means cutscenes, more cutscenes, a bunch of puzzles, a few mini-boss fights, and a lot of feelings. Chapter II, Act IV: Requiem of the Echoing Depths takes place in The Chasm, a new region added in Genshin Impact 2.6. This Archon Quest is quite lengthy, but a big chunk of the work is actually taken up by the Chasm Delvers World Quest. You can start the Archon Quest right away, but you’ll have to do a lot of puzzle-solving and area-exploring on the side. To keep things from getting too complicated, here’s a full walkthrough for Requiem of the Echoing Depths.

Requiem of the Echoing Depths automatically appears in your Journal after the Genshin Impact Version 2.6 update; provided you meet the requirements, of course. As a continuation of the main storyline, you need to have completed Archon Quest Chapter II: Act III – Omnipresence Over Mortals and have an Adventure Rank of at least 30.

How to Enter The Chasm

The newest Archon Quest starts at the Adventurer’s Guild in Liyue Harbor. After speaking to Katheryne, you’re off to The Chasm. The best way to reach it is by following the main path just north of Qingxu Pool. The entrance is blocked by Millelith soldiers, but won’t keep you from progressing.

Once you’re in the mining camp, speak to Yuehui. He tells you all about The Chasm and gives you your next objective: Enter The Chasm: Underground Mines.

Unfortunately, this is where things get confusing if you’re new to the region. There are no more location markers on the map, because you have to complete a separate World Quest called The Chasm Delvers first. Doing so grants you access to The Chasm’s Underground Mines. If, however, you’ve already done the World Quests, you can skip ahead to Archon Quest Part One: In The Depths, An Unexpected Reunion.

To start Surreptitious Seven-Star Seal Sundering, talk to the NPC called Muning (close to Yuehui). Then go further down the path and speak to Zhiqiong. She sends you to a warehouse, where you will find a Lumenstone after defeating a group of Treasure Hoarders.

Next, you need to complete the Bedrock Key puzzle. Go to the locations on the map and destroy a nearby chunk of Geo ore. A tiny Geo star will start circling around your active character for a while; go near the Geo structure linked to the big, floating Bedrock to activate it. You need to do this for every linked Geo structure (two to four per puzzle), and then hit them in the direction of the Bedrock.

Basically, you’re charging the smaller Geo structure on the left (see picture) to hit and destroy the Bedrock in the middle. Do so for every linked structure, and the Bedrock is destroyed. Be sure to hit the highest located Geo structures first, then work your way down.

Now that The Chasm’s Seal has been broken, you’re free to enter the new underground area. Go to the middle of the map (The Chasm’s Maw) and jump through the cracks. Make no mistake though; you’re not done with The Chasm Delvers World Quest yet. Here’s what the next part, Chasm Spelunkers, requires you to do:

Look for clues regarding Uncle He’s whereabouts. Go to the three location markers and read the diaries, then return to Jinwe.
Follow Jinwe to the camp, then go further east on your own to find Zhiqiong.
Zhiqiong gives you the following two commissions as part of the Chasm Delvers: Chasm Spelunkers World Quest:

First Miasmic Contact. This step is mostly a matter of visiting the objective locations, taking some pictures, and defeating a few minor enemies.
Meeting New People… And Foiling Some Bandits. Again, we’re mostly following location markers and taking down minor enemies. You have to rescue an NPC from a cage, then find the “storehouse in which the cannonballs are stored.” This refers to the cage door on the lower floor.

The next objective is to find the two keys needed to unlock an old cannon and blow up the stone wall keeping us from continuing the Archon Quest. Here’s what you must do during Heavenly Stone’s Debris:

Talk to Jinwe back at the camp, then look for the keys:

The first key is on top of the big wooden barrel.
The second key is inside a treasure hoarder camp. Defeat the enemies, dig up a Geo barrel (near the wall), then use a Geo attack to obtain the key.

Open the cage door, collect the cannonballs, and bring them back to the camp.
To make Special Unmoving Oil, you need to go to a crafting station (there’s one in Liyue Harbor). It takes two pieces of Cor Lapis and two Frogs to make one bottle of oil.
To release the safety on the cannon’s breech, solve the lamp post puzzle as described in the picture above: the lower mechanism has to flicker fast and the other two need to be as slow as possible.
Use the cannon to blast the stone wall.

The final part of The Chasm Delvers: Heavenly Stone’s Debris is a puzzle. You will find three pink mechanisms surrounded by dark, slimy stuff. Use the Lumenstone to clear it away. If your Lumenstone hasn’t reached level two yet, you need to do that first by collecting Lumenspar.

After clearing the dark matter, use the blue glowing energy nearby to recharge your Lumenstone and charge up the pink mechanisms.

Archon Quest Part One: In The Depths, An Unexpected Reunion Walkthrough

Finally, we’re able to continue the Archon Quest! To continue, jump through the hole that appeared after the Heavenly Stone’s Debris quest. Here, you’ll meet with none other than good ol’ Dainsleif, cursed swordsman from Khaenri’ah.

After talking to Dainsleif, defeat the two Black Serpent Knights. Both have the Hydro Element.

Archon Quest Part Two: The Grave of the Guarded Walkthrough

Talk to Dainsleif again, then go higher up to the next location marker. After a short cutscene, another Black Serpent Knight fight follows. It’s a Hydro and Cryo duo this time, so watch out for the Freeze effect.

After the fight, climb the wall with the vines to trigger the next cutscene. What follows is, yet again, a fight against a bunch of Black Serpent Knights. This time, there are two Hydro Knights and one Cryo. Finish this step by following the location markers. They lead you to the chamber at the center of the ruins.

After witnessing the cutscene with the upside-down pool, follow Halfdan. This leads you to a Hilichurl camp with a few locations to explore. Leave the camp again and be prepared to face a Hydro Abyss Herald. He’s not particularly powerful, but he equips a Hydro shield when he’s almost defeated. Destroy it using other Elemental Attacks, such as Pyro.

Defeating the Abyss Herald brings us to the final part of the Requiem of the Echoing Depths Archon Quest. First, you need to return to the center of the ruins’ summit (the chamber with the pool). It’s quite high up, so if the location marker suggests you’re already there but you don’t see anything, you’re probably one floor too low.

Your arrival immediately triggers a cutscene, after which you have to defeat an Electro Abyss Lector. Like the Abyss Herald, he can trigger an Elemental shield when he’s low on health, so bring some powerful non-Electro Elemental DPS characters to this fight.

When that’s done, all there’s left to do is destroy the four charging devices. The process is the same every time: go through the portal, defeat two Abyss Mages, then destroy the device. If you’d like to be prepared, here’s what Elemental type you can expect:

And that’s it! You’ve completed Archon Quest Chapter II, Act IV: Requiem of the Echoing Depths. Return to the ruins’ summit to watch the final cutscene, and don’t forget to bring a tissue box.