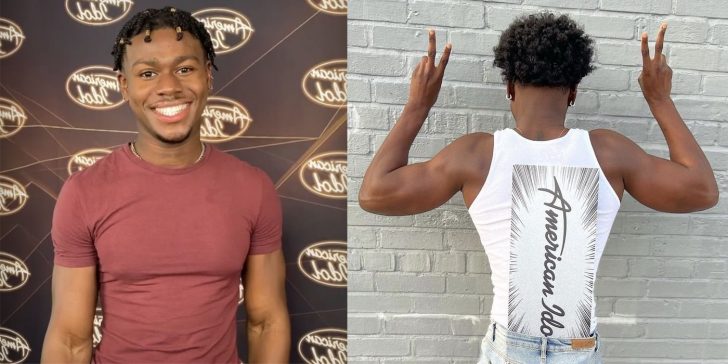 American Idol season 20 contestant Jay Copeland received the third platinum ticket, allowing him to skip a round of Hollywood Week. Jay, whose full name is Jeremiah Copeland, is a 23-year-old from Salisbury, Maryland. He graduated from Salisbury College with bachelor’s degrees in theater and music, and, before his audition, was in graduate school on a fellowship for a master’s degree in acting. However, Jay said that he was given an ultimatum to choose between music and acting. Therefore, he dropped out of graduate school and chose American Idol.

Jay wowed the judges, Lionel Richie, Katy Perry, and Luke Bryan, with his joyous rendition of “Signed, Sealed, Delivered” by Stevie Wonder. When the song ended, all three judges gave him a standing ovation. Katy declared that the show needed Jay. Lionel said, “We’ve been waiting for you to walk through that door. I’m so happy you showed up.” Luke agreed, saying that Jay would be able to “electrify” a crowd and that he was “perfect” in his opinion. Katy added, “Finally, a competition.”

The judges then awarded Jay with the platinum ticket, as Katy called him a superstar. Only three platinum tickets were given out this season, one for each audition city. Jay received the one for Austin, Texas, along with HunterGirl, who received her platinum ticket in Nashville, Tennessee, and Kenedi Anderson who earned hers in Los Angeles. Get to know more about Jay as he begins his American Idol journey.

Jay comes from a long line of successful singers, including his grandfather, George Copeland, his mother, Christina Ryder, and her brother and Jay’s uncle, Josh Copeland. George is the bishop of United Faith Church of Deliverance in Salisbury and once had a singing group called Reverend Copeland and the Singing Disciples. Jay’s mother and his uncles, including Josh who was about 7 at the time, also had a singing group called The Singing Copelands, which Josh said was like the gospel version of the Jackson 5.

Josh, who was also a finalist on the BET singing reality show Sunday Best in 2019, said that every time that Jay has been on stage, he has received a standing ovation. He said, “And not only that, but you will see certain people weeping because of the specialness inside of him.” According to Delmarva Now, the first people who Jay told about his audition for the celebrity judges were his mother and stepdad. His mother recalled, “I was so excited for him because this has always been a dream of his.”

Jay loves his hometown of Salisbury, Maryland, and its residents adore him in return. According to Delmarva Now, Jay shared that he misses his loved ones back home and the atmosphere of Salisbury. He said, “I am a small town boy at heart.” In an interview with 47ABC, Jay shared that coming from Salisbury has taught him that “opportunities and blessings can come from anywhere no matter how big or small.”

Jay Thought His Callback Was A Scam

In an email statement to Delmarva Now/The Daily Times, Jay admitted that he was skeptical when he first found out that he would have the chance to audition for the producers of American Idol. He thought it was “a joke and a scam.” However, he realized through some research that it was actually legitimate and he “gave it a shot. I doubted myself and did not believe I would make it past one producer. Little did I know that I would make it to the celebrity judge auditions.”

What Music Means To Jay

Jay explained why music means so much to him, writing, “Music is important to me because it allows me to see myself in ways I never thought I could. I love making people happy and seeing them smile. I believe music can do just that and more.”

Jay acknowledged that making it in the music business can be difficult, but he has a strong faith. Jay shared with 47ABC, “If you do get discouraged, I know where my help comes from. I look to the Lord. So whatever you believe in – if it’s friends, God, if it’s your parents – go to them because it can be rough in this field.”

Fans of Jay can find him on Instagram, Facebook, TikTok, and Twitter. In his videos, he covers artists such as Tevin Campbell, Beyoncé, Jazmine Sullivan, and Daniel Caesar.

Jay is one of the most exciting contestants on American Idol season 20. His much-deserved platinum ticket will give him an advantage that will surely help him advance much further in the competition. He seems destined for superstardom. With his beautiful personality and stunning vocal talent, Jay might find himself being crowned the next American Idol.

Next: American Idol: What Happened To Host Brian Dunkleman After Season 1