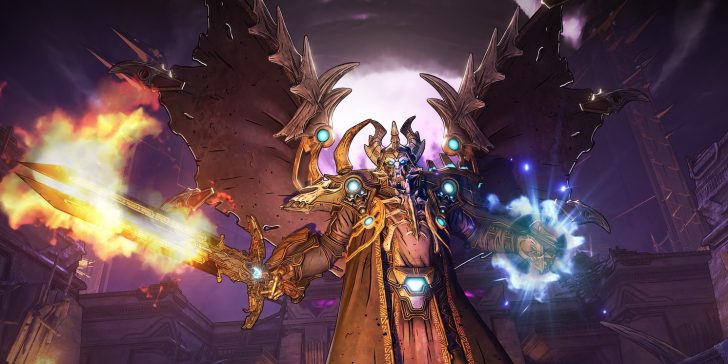 Last night, I booted up Tiny Tina’s Wonderlands — the latest installment in the Borderlands franchise — and decided to play the new endgame activity, Chaos Trial, with a few friends. While the experience of zipping around colorful arenas and blasting comical twists on traditional fantasy monsters with my lightning bolt gun was highly entertaining, I didn’t expect my fun to come to a crashing halt when I reached the final chamber. With 19,000 crystals — Tiny Tina’s Wonderlands endgame currency — burning a hole in my virtual wallet, I was ready to start earning loot. Little did I know that I would end up spending more time in this room than with the four secret bosses I had fought. After dealing with this issue multiple times, it truly feels like Tiny Tina’s Wonderlands punishes you for doing well.

I mean, look at this screencap!

Every colored ray of light is tied to a different loot item that was spat out by one of the twelve statues around the room. When examined, an item brings up a small box displaying its stats, which takes up even more of your screen. Finding a specific item in an entire pile of gear like this becomes nearly impossible.

This won’t be an issue for those working their way through the lower Chaos Ranks, for the amount of loot you’ll get at the end is not nearly as overwhelming. However, once you hit the final Chaos Rank, you will start getting piles upon piles of loot. Given that Borderlands is a series about squeezing every last ounce of advantage out of your gear, you’ll often be searching for a very specific piece of loot with a very specific distribution of stats. And here’s where Tiny Tina’s Wonderlands terrible loot and UI system shines in a way that blinds rather than flatters.

In the photo above, I was looking for a specific roll of a certain shotgun called the Kettledrum of the Riveter. Since there are many different shotguns in this game, I had to keep spending crystals to make the rabbit statues spew out random shotguns until I got a Kettledrum. The problem is that the loot vomited out by the rabbit statues always has the same trajectory. If you’re spending many crystals like I was, it will all end up in a massive pile.

This left me with two choices: spend a lot of time going back and forth between activations of the statue to see if the four random guns it produced were what I needed, or use all my crystals at once to make a giant pile of guns to slowly sift through. Both were extremely tedious options, which only became more frustrating when trying to find a weapon buried under a mountain of useless alternatives.

This becomes even more of a headache when you factor in the different variants of guns, which often come with better stats and abilities, in Tiny Tina’s Wonderlands. Most of the loot farming in previous Borderlands games resulted from killing bosses who often exploded in a shower of loot. Given that the gear would spread out all over the boss arena, you rarely had to just stare at the ground while slowly moving your cursor until you were looking directly at the weapon you wanted to inspect.

Having all the gear thrown into one big pile here not only clutters the screen, but also makes the entire experience of earning rewards a massive headache. I should get excited when I complete a Chaos Run with a lot of crystals to spend, not actively dreading the 20 to 30 minutes I’ll spend digging through a stack of items.

Gearbox desperately needs to add a way to have specific weapons or rolls of guns you’re looking for highlighted on the ground. That way, when I’m staring at a giant stack of shotguns, I can immediately tell which one of these firearms I should inspect. Alternatively, let me spend a majority of my crystals to make only a specific type or brand of gear get produced. Targeted farming has always been an essential part of the Borderlands endgame experience, so it’s baffling that Tiny Tina’s Wonderlands‘ premiere endgame activity doesn’t let you do this. Or hell, just spread out where the loot is launched so that it doesn’t look like I dumped a big box of colorful nerf guns onto the floor.