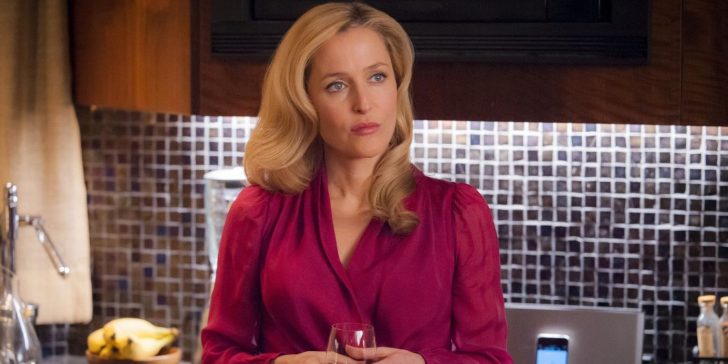 Gillian Anderson is reportedly developing a new project based on a historical figure, following her turn as Margaret Thatcher in The Crown.

Gillian Anderson, star of The Crown and the upcoming The First Lady, is developing a new project based on an as-yet-unannounced historical figure. Anderson’s first major break came as Agent Dana Scully on The X Files, which made her a household name. She then went on to star in a number of films, also appearing on stage in the West End and Broadway. Recently, her career has reached new heights, with a number of acclaimed television roles including Jean Milburn, the thoughtful sex therapist in Netflix’s Sex Education.

Now, according to Variety, Anderson is in the early stages of development on a new project based on a historical figure. Speaking at the Canneseries TV festival in France, Anderson explained that she is working on something new to follow her previous historical outings as Margaret Thatcher in The Crown and Eleanor Roosevelt in The First Lady. She hasn’t revealed any further details as of yet, however, and much still remains a mystery.

Having signed a first-look producing deal with Netflix for two years, this new project is sure to be a hot ticket for the streamer, as Anderson has become somewhat of a fan favorite in recent years, particularly amongst the golden 18-34 demographic. Her turns in The Crown and Sex Education have shown off not only her tendency to be hilarious but also her serious acting chops, giving the presence of Thatcher a real edge. Whether or not this new series reaches the heights of her past efforts remains to be seen, but considering her breadth of experience in the industry and her ability in front of a camera, it’s sure to be one to watch.