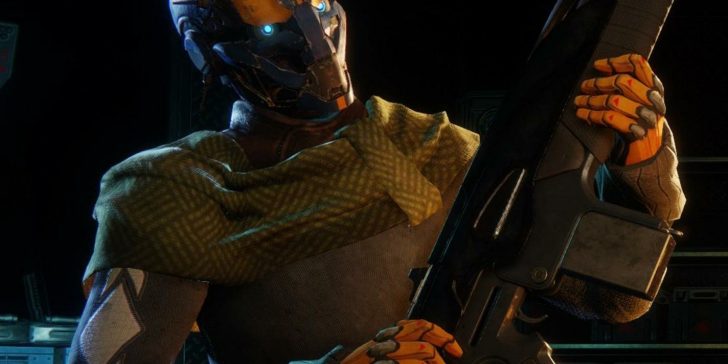 One of the most fun mods in this season of Destiny 2 is Volatile Flow, which grants all Void weapons volatile rounds after picking up an Elemental Well. In other words, while the mod is active, your Void weapons make everything explode. The weapon of choice for most using this mod is the Funnelweb, since it can roll a number of useful perks — and reminds long-time players of the heyday of the Recluse. But maybe you don’t have a great roll on Funnelweb yet, or maybe you prefer using something else in your Energy slot. You can still take advantage of Volatile Flow using a weapon perk that up until this season wasn’t terribly useful – Osmosis.

What Osmosis does is change the damage type of your weapon to whatever your subclass is when you throw your grenade. So, have a Kinetic weapon with Osmosis equipped and throw your Void grenade, and that weapon is now doing Void damage until you stow it. A few weeks ago, Xur was selling an Escape Velocity with Osmosis and Overflow, which I picked up and has been a lot of fun to play around with. But if you missed out, or if you’re looking for another option, then get on Destiny 2 right now and pick up the roll of Scathelocke that Banshee is selling.

With not just Osmosis but Subsistence too, this Scathelocke could be a blast to use with Volatile Flow. I actually prefer Subsistence to Overflow since you’re more in control of activating the former, and the Scathelocke’s large magazine makes it easy to rack up kills without ever having to reload. Honestly, I just like the feel of Scathelocke anyway, so I’m going to be running this roll for a while to see how it works out.

Any other weapons with Osmosis you’ve been using that have been working well for you? Or, are there any perks you used to dismiss that you’re finding work well this season? Let me know in the comments. Also, what do you think Bungie should do about glaives? I tried using one again today and after all the nerfs they just don’t feel as good as they did back when Witch Queen launched.