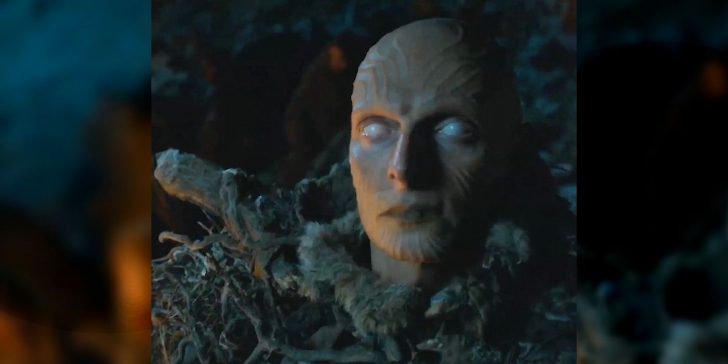 Game of Thrones actor Joseph Gatt, who played the Thenn warg in season 4, has been arrested in L.A. for inappropriate contact with a minor.

Game of Thrones actor Joseph Gatt was arrested this month for inappropriate communication with a minor. Gatt appeared on three episodes of the big-budget HBO series, which was based on the George R.R. Martin fantasy novel saga A Song of Ice and Fire. He played a member of the Thenn tribe in season 4, a group that is known for its cannibalistic practices. He had the ability to warg with an owl (meaning a sort of mind-melding bond), an ability that served him well in his position as a scout for Styr, the Magnar of Thenn. At the end of his Game of Thrones arc, the Thenn warg was shot in the head with a crossbow in season 4, episode 9, “The Watchers on the Wall.”

After Game of Thrones, Gatt spent time bouncing around various television projects. He had brief stints on series including Teen Wolf, Ray Donovan, The 100, and Real Rob. He also briefly took to the silver screen when he played South African hunter Neils Skellig in Tim Burton’s live-action adaptation of Disney’s Dumbo, which hit theaters in 2019. More recently, he has appeared on the zombie series Z Nation as The Man and voiced Lord Scourge in the Star Wars: The Old Republic video games.

Per an LAPD report released April 12, 2022, Gatt was arrested in Los Angeles last week. On April 6, LAPD served the actor with a search warrant following a tip-off that he had been allegedly “[engaging] in online sexually explicit communication with a minor across state lines.” At the time, they also found that he had an outstanding warrant for violating California Penal Code 288.3(a) – Contact with a Minor for Sexual Offense. The case is currently being investigated by the Los Angeles Police Department, Internet Crimes Against Children Task Force.

Further details about the case and the allegations against Gatt are not currently publicly available. So far, nobody involved in the series Game of Thrones has made a statement regarding this arrest. However, they might not feel obligated, as the actor last appeared on the show eight years before this arrest was made, and it does not directly pertain to his time on the HBO series.

The Game of Thrones actor’s arrest may be interfering with another big Warner Bros. franchise, however. Gatt played a role in the upcoming DCEU film Black Adam, which will star The Rock as the titular antihero and introduce the Justice Society of America. Depending on how the case shakes out, the film, which has already been delayed several times, may need to be edited to remove his role. Gatt is credited as Squad Leader, so it seems like he may have played a minor character, making this process slightly easier at the very least, but time will tell.

Next: Why Game Of Thrones Cut The Weirdest Part Of Stannis Baratheon’s Story

What Memphis Is Up To After 90 Day Fiancé: Before The 90 Days