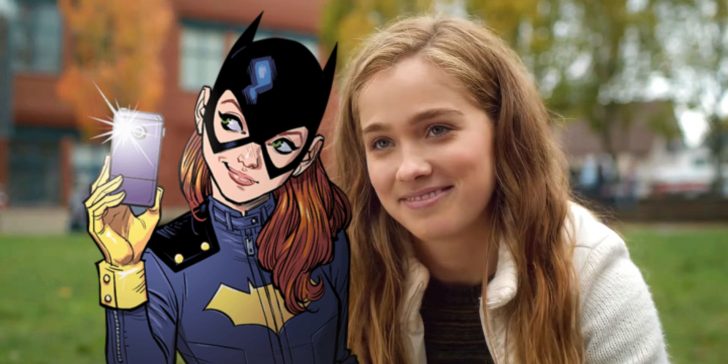 Actor Haley Lu Richardson describes her Batgirl audition experience and reveals her reaction to losing out on the coveted DCEU movie role.

Haley Lu Richardson still wants to play a superhero after coming close to landing the role of Batgirl in the DCEU. The Phoenix, Arizona native has been a rising star in the past few years, following up roles in the 2016 films The Edge of Seventeen and Split with a breakout performance in Kogonada’s Columbus. Currently, she can be seen in his next directorial effort, After Yang, which premiered simultaneously in theaters and on Showtime.

Richardson recently had a brush with a superhero role, as it was reported back in 2021 that she was considered for the part of Batgirl in the upcoming HBO Max film. She was considered alongside Zoey Deutch, Isabella Merced, and eventual Batgirl star Leslie Grace. The reports at the time noted that Richardson might have pulled herself out of the audition process before the screen-test phase.

In a recent interview with THR, however, Richardson talks about her Batgirl casting experience, and promises she gave it her best effort. While she says she did want the title role, she got a nice consultation prize in the form of an email from J.K. Simmons, who plays the DCEU Commissioner Gordon and Batgirl’s father. Richardson still wants to play a superhero, but finds herself having a hard time thinking of one that’s still available, given that so many have already been taken. Check out her full quote below:

I really tried, let me tell you. I really did try… Yeah, it was exciting regardless, and I did get a nice little personal email from J.K. Simmons out of it, which was really nice. Getting the role would’ve been pretty cool, but I told myself that his email meant more to me than getting the role. [Laughs] So I tried, but I’m not Batgirl at the end of the day. I’m trying to think of what freaking superhero I can play now because aren’t they all done already? Haven’t they all been made? […] My dance skills, my flexibility and my athleticism need to be utilized. Are there any superheroes that are dancers?

Richardson has made her desire to star in a superhero project known since the press tour for The Edge of Seventeen. While she missed out on the role of Batgirl, and now Sasha Calle will play the DCEU’s Supergirl in The Flash, there are still a number of superhero projects in development from Marvel, DC, and others she could join. There are a number of characters associated with the X-Men that Richardson could play when the property is incorporated into the MCU. As for the DCEU, Traci 13 seems like a possible future film character, given her ties to Blue Beetle and Zatanna, both characters set to get their own features.

Sony Pictures originally tried to develop a Black Cat and Silver Sable film titled Silver and Black, and since the project was abandoned to do to separate movies based around each character individually, Richardson could easily step into either role. With audiences still waiting to hear what the plan is for the Tom Holland Spider-Man 4 movie, Richardson is the right age to co-star alongside Holland as Black Cat, who in the comics is an on-again-off-again foe, ally, and love interest for the friendly neighborhood hero. Richardson may not be Batgirl, but there are still plenty of superheroes to choose from.