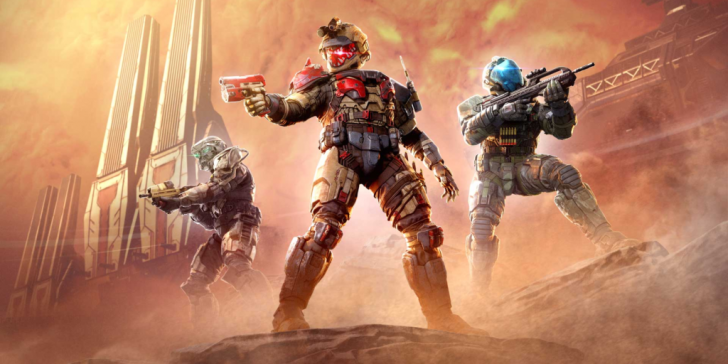 The first limited time event of Halo Infinite Season 2 is live! In Last Spartan Standing, 343 Industries switches up the strategy by encouraging you to both worry about your limited pool of respawns and push for kills to unlock better weapons. In short, this game mode is Call of Duty’s Gun Game but with the added limitation of a certain number of lives. Also the weapons aren’t random, but you get the point.

From May 3 – 15, 2022, Last Spartan Standing will run as the Interference event playlist with only Breaker available as the map. Once the event expires, however, the playlist will stick around and gain access to all of the Big Team Battle maps. For that reason, it’s worth playing even if you don’t care for the rewards. This guide will give you six quick tips to get up to speed so you don’t spend your first few matches frustrated and flailing.

You Have Two Weapons

This may seem like a no brainer, but I went into Last Spartan Standing thinking it was like Gun Game. The idea being you have one gun and can’t graduate to the next until you get a kill with it. That is not what this game mode is. Do yourself a favor and swap that Disruptor over to the Sidekick Pistol you start with. Your matches will be infinitely less frustrating.

Here are the various loadouts:

Be Super Vigilant About Your Level Ups

Unlike Gun Game, you aren’t automatically promoted to the next level. You instead need to voluntarily hold X to unlock the next loadout. If you get into a flow like I do in Halo, it can be easy to lose track of where your score is at and suddenly realize you should have had better weapons for the last few minutes.

Hunt Down Those Drop Pods

The game makes no announcement for incoming drop pods. These don’t contain weapons, but they do often have Invisibility or Overshield consumables which are basically a free extra kill due to how large of an advantage they provide. Keep an ear out for the crashing sounds and seek them out when the area is safe.

You Only Have Six Lives

The game mentions this is elimination in the description, but it’s easy to forget that winning means staying alive, not getting a huge score. If you truly want to win, by being the last Spartan standing, your real objective is to get as many kills as possible without putting yourself in a risky situation.

Be Careful With Your XP Boosts

Since this is elimination, 343 Industries lets you leave the matches after you run out of lives. That’s a new addition to the game, and a welcome one, so I don’t have to sit there and watch an entire match from the sidelines. It does, however, get a little weird when it comes to XP Boosts. You still get all of the EXP you’ve earned if you leave early, but you won’t be granted it until the match ends and you get out of your next match or “several minutes” in the lobby. This can cause some havoc with your one hour boosts which may expire before that happens. We haven’t been able to confirm that this is an actual issue, but it’s a legitimate concern and something to keep an eye on when your timer is close to being up.

Since your level is based on score and not kills, those 50 points from assists absolutely do matter and can help you unlock better weapons.

Have tips for your fellow Spartans? Leave them in the comments below!