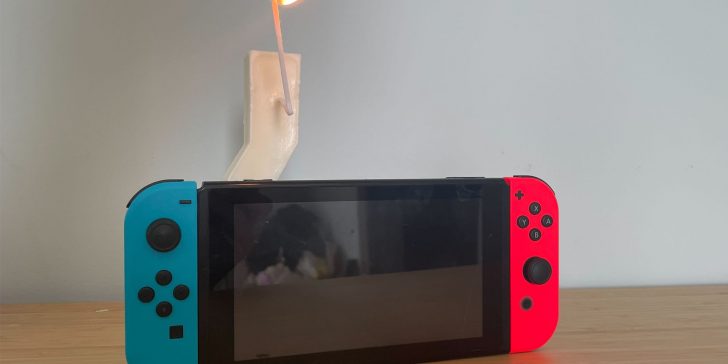 For as young as the game industry is, we tend to rely much more on predictable momentum than the upending insurgencies that change the market as we know it. With the failure of the Wii U, Nintendo seemed to be on the ropes, ceding a large portion of its handheld market to mobile phones and whatever remained of its console market to Sony and Microsoft. Conventional wisdom at the time indicated things would continue at this pace; no one ever makes gains without someone else losing footing. This wisdom would be called into question when the Switch launched in 2017.

In the past five years, the Switch has shattered records for both hardware and software like no Nintendo console before. It arguably also has one of the best software portfolios in the company’s history, largely driven by Nintendo themselves and breakout independent developers voluminously scattered throughout the online eShop. The overall story of the Switch is one of two successes: the absolute numbers and the overcome rock-bottom expectations for it going in, both of which factor into how history will remember the console.

The Switch has been — and continues to be — a successor to both the 3DS and the Wii U. With it, Nintendo combined their home console and handheld markets, demanding an evaluation from both perspectives. Five years later, it makes sense to check in and see whether the hybrid console has done everything it wanted to accomplish. As a Home Console

Before the Switch was officially unveiled in October 2016, there had already been over a year of speculation about the system. Known simply as the NX, the in-development console had been a loud whisper in the gaming industry, getting game announcements like Dragon Quest XI before Nintendo even committed to a name for the upcoming project. While new console fervor surrounds every successor, it was especially pronounced with the Switch as it was clear the Wii U was doing little more than playing the titular role in Weekend at Bernies’ — a corpse masquerading as a living party-goer to stall for time.

It was not going to be terribly difficult for the Switch to overcome the Wii U’s anemic 12 million install base, an achievement even the GameCube accomplished, but that’s not necessarily a victory. The legacy of Nintendo home console sales is bifurcated between the successes (NES, SNES, Wii) and the failures (N64, GameCube, Wii U), so expectations for the Switch oscillated between “Never count out Nintendo” and “You probably don’t need to pay attention to this.”

It now comfortably sits as the best-selling Nintendo console of all time, having recently pushed past the previously-unprecedented success of the Wii. As a home console, the Switch is Nintendo’s strongest argument that they are a market leader capable of bouncing back from even the worst missteps.

The fact that the Wii U died such an ignoble death and the Switch burned so much brighter out of the gate made the latter not just a successor to the former, but also almost a wholesale replacement. Most of the Wii U’s biggest titles saw sequels or ports on the Switch, though there are still one or two notable exceptions. It’s rare to see a previous generation gobbled up as wholly as the Wii U was.

For Nintendo’s own software output, the Switch is very much a return to the traditional experience of the GameCube and the N64. Though it does have a few casual titles, the console mostly hews to the enthusiast audience with which Nintendo has had a somewhat acrimonious relationship over the past few generations. Nothing emphasized this commitment to regaining that market share more than launching the console with The Legend of Zelda: Breath of the Wild.

It might not be an exaggeration to say The Legend of Zelda: Breath of the Wild is one of the most important launch titles of all time. As an extremely highly-rated game, the Legend of Zelda title bore the burden of proving that Nintendo was not only devoted to making excellent games, but also that they can set that standard with one of the best games in their storied history. At 25 million copies sold, the highest in the series so far, the game has nearly a one-quarter attach rate — one of the best for a non-pack-in launch title for any console.

As a home console, the Switch has mostly matched the legacies of its predecessors, deserving to be talked about in the same breath as the SNES. The third-party machine apparatus that drove earlier consoles outside of Nintendo will probably never return in quite the same way, but anyone who says they can’t find anything to play on Switch has a very narrow definition of what they want to play. The legacy of Nintendo’s handles is a shadow that covers the entire countryside. The GameBoy launched an industry and the DS exploded one, so the Switch had a lot more to live up to compared to its console lineage. When it became apparent that the Wii U needed a successor sooner rather than later, the 3DS was still going relatively strong. Nintendo decided to hedge the Switch as a home console that happens to also sometimes be portable.

Of course, this was bunk from the beginning, but it forced Nintendo into a crouch with the Switch by keeping the 3DS alive for a few more years. As such, the system did not act like much of a successor until the bottom dropped out on 3DS software sales. With the Switch Lite, Nintendo’s handheld-only variation of the Switch, the company truly threw its weight behind the Switch as a handheld system.

Combining its most profitable and popular line of systems with its least popular lifted all boats, where the Switch has now outsold the combination of the 3DS (75 million) and the Wii U (12 million). This is partly thanks to franchises like Pokemon making their first earnest attempts on home consoles with games like Pokemon: Let’s Go and Pokemon Sword and Shield. Animal Crossing, which had been a mostly handheld series since the DS’s Animal Crossing: Wild World, also saw magnitudes more success on the Switch after already being incredibly popular with the previous title, New Leaf. What’s Not Going That Well

The flipside of some games seeing more success after coming from the handheld and portable lines is that not everything has come over during the convergence. There are still multiple series that, for whatever reason, wouldn’t or couldn’t make the leap to the HD generation from the comparatively spartan 3DS, which itself was sometimes too big of a leap for the developer boom that emerged during the DS era. Many smaller developers and publishers find the raised bar of the hybrid console to be a different beast altogether, meaning the Switch has left part of the lower-budget retail game library behind.

One might argue that Nintendo’s misread of what’s portable, what’s not, what belonged on 3DS, and what didn’t has led to the death of franchises like Mario & Luigi, which saw its final game as a remake on the 3DS in 2019. The company’s insistence on keeping the 3DS alive long past the Switch’s launch hung multiple games out to dry in the interim.

It feels like Nintendo is only now getting their legs under them with what it means to bring these markets, and the different styles of games they supported, together. The split between the 3DS and the Wii U — or the DS and the Wii — meant that Nintendo was often spread too thin trying to support them both, but it also let them get wild and experimental in ways they do not often do these days.

While the Switch has a fair share of off-the-wall concepts, the Nintendo that put out smaller exploratory games like Dillon’s Rolling Western or Pushmo has been pushed aside for the aforementioned traditional money-making titles. It’s hard to complain about development resources going into, say, a new Legend of Zelda game rather than something else, but the part of Nintendo that was forced to innovate when their back was against the wall feels small and quiet when compared to the roar of a 100-million seller. It is not that Nintendo is failing to provide good games, but it’s hard to imagine the publisher who willingly threw money at games like Boxboy and Tomodachi Life doing so in the Switch era, the closest being a pandemic-era jump rope game that they have tried to excise from the internet. Maybe it’s that games have gotten both too expensive to make and sell to spend time and money on other resources, who knows. But in one of Nintendo’s most impressive upcoming years, almost everything on their slate is a sequel to something that was once innovative and daring.

Would the Nintendo of today, comfortable in its position, have made the original Splatoon? Possibly, we don’t have a time machine to find out, but we know they would with certainty make a Splatoon 3.

With Nintendo being eager — almost gleeful, even — about shutting down the 3DS and Wii U shops, it begs the question of when they’re going to bring that axe down on the Switch for anything but it’s most popular titles. It’s not a concern for a few years more still, but it’s absolutely still a concern, and the continuing hope that Nintendo will simply fight its anti-preservationist instincts and do better this time always feels like an inevitably losing battle.

The Switch’s biggest enemy right now, however, could simply just be age. Five years in, games are losing their graphical luster. Even Nintendo-published titles like Hyrule Warriors: Age of Calamity or Marvel Ultimate Alliance 3 have performed arguably unacceptably on the console. The system has, in some cases, become a development environment where the resources you pour into making it look good will mostly pay off. But as the recent Pokemon Legends: Arceus has proven, those resources are far from easy to employ with a lot of room left over.

While the Switch essentially owns Japan in terms of sales numbers, the recent announcement of Atlus’ Soul Hackers 2 coming to every system but the Switch indicates that third parties are running into this problem as well. The hybrid console once looked like a legitimate home for iffy-but-miraculous ports of third-party titles produced by major publishers ranging from Square Enix to Bethesda. It increasingly seems like the hardware may not be enough to support the visions of even Nintendo’s own developers, much less the work from studios entering the second and third years of newer, more powerful consoles. While the Switch blows out the candles on another birthday, Nintendo finds itself at an interesting crossroads. The system is still selling like hotcakes, but the company must be keenly aware that they have played this game of chicken before. They misunderstood the momentum of the Wii and let the system wither on the vine for too long, making an already rough transition into the Wii U all the more difficult. On the other hand, perhaps their gambit that people simply don’t care about shaders, textures, or framerates is indefinitely true until they will it not to be.

Perhaps the problem isn’t that Nintendo is backed into a corner, but that they simply have too many viable options for what to do with the Switch, and may find that the easiest solution is to continue supporting it as-is. If that is the case, then the Switch could truly be halfway through its lifecycle, as Nintendo president Shuntaro Furukawa is so fond of saying every financial quarter when prompted by investor questions.

It is possible, though unlikely, that we may be celebrating the console’s 10th anniversary before we know it.