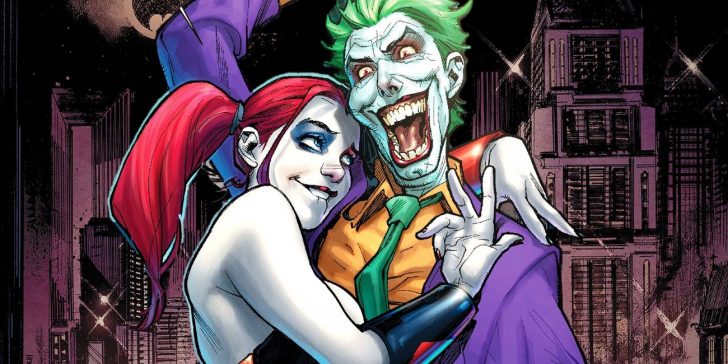 While DC’s Harley Quinn is known for her amazing outfits, she’s come across some that aren’t so great which she thankfully chose not to wear.

There have been numerous versions of the Joker in DC Comics, but one of the worst is responsible for providing Harley Quinn with the worst costume. The YA graphic novel Harley Quinn: Breaking Glass presents the titular heroine with a major style choice. She can wear the worst outfit she’s ever been presented with or she can wear something entirely different.

Harley’s fashion sense is iconic and it’s no wonder why. She makes bold decisions, stays true to herself, and keeps things fresh, while holding onto classic pieces. It’s easy to spot Harley in a comic crowd and her wardrobe is super versatile. However, not all of Harley’s potential outfits are as great as her classic harlequin suit or her significant comic and film selections.

Harley Quinn: Breaking Glass introduces several new costumes for the titular heroine, including one that is atrocious, which she opts not to wear. This graphic novel has the creative team of Mariko Tamaki, Steve Pugh, and Carlos M. Mangual. This DC Ink story introduces a peculiar version of the Joker, who isn’t as interesting or entertaining as the original – and his taste is fashion is even worse! However, it’s all part of his plan to humiliate and lay blame on Harley. Thankfully, she doesn’t accept this Joker’s gift for the occasion, which is a skimpy red and black outfit.

While elements of this outfit are very cute (such as the skirt) and some aspects could fit Harley’s aesthetic, the combination of them and the person gifting them make it an absolutely atrocious look. This outfit is purposely meant to make Harley look absurd as the teenager is intended to distract a company’s adult guards. The thought process behind it and the villainous intent of it is disgusting and this is definitely an outfit that Harley shouldn’t be donning. Thankfully, Harley doesn’t find it to be practical and she decides she’d rather wear something else – an outfit of her own creation.

The Joker has done some very abusive things to Harley and the way he has used her has been nothing short of disgusting. Even though this story’s version of the Joker is a far cry from the norm and their typical relationship is non-existent, his desire to humiliate her is still present, along with a big dose of misogyny. Instead of going by this Joker’s form of distraction, she chooses her own plan: being an acrobatic fighter to forcibly get the guards out of her way. Harley has been known to be a fierce opponent, so creating an outfit which allows those skills to be shown while highlighting her own style is a much better decision. With some adjustments and a shift in purpose, this outfit COULD have some potential. Otherwise, this is simply an atrocious outfit designed to humiliate, while employing a misogynistic perspective to do so. Harley Quinn is more than just a beautiful young woman with incredible costumes; she is a fighter who deserves more respect than DC Comics’ Joker has ever been willing to give her.