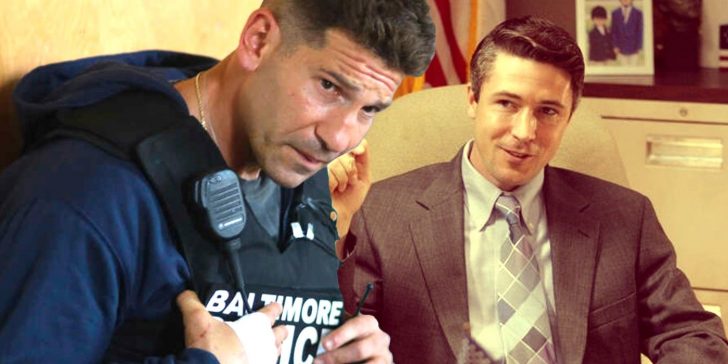 More than a decade after HBO’s The Wire ending, We Own This City makes David Simon’s chilling warning a reality, showing who won the war.

Warning: This post contains spoilers for We Own This City.

In 2008, The Wire’s ending offered a terrifying look at what the future might look like if things didn’t change, and 14 years on We Own This City proved the worst actually happened. Both HBO shows – from the pen of former journalist David Simon – depict corruption, but 2022’s Baltimore-set spiritual sequel to The Wire took things even further. It’s not just the portrait of a broken system, with characters existing on a shifting moral spectrum, it’s a horror movie that fully realizes the warning The Wire laid out.

The Wire was far from a happy ending, even if some character arcs seemed to suggest positive progression. Instead, The Wire’s final episode reinforced the idea that everything would be a self-sustaining corruptive cycle. Even the institutions meant to uncover and police corruption – the news industry and law enforcement – were themselves corrupted, and there was a very real suggestion that without a complete break, corruption would beget more corruption. If power corrupts in The Wire, the show’s ending warned that staying on the path to power would lead to something even darker. But there remained a glimmer of hope that breaking the cycle at least on an individual level could also lead to better.

Related: We Own This City Breaks The Wire’s Cardinal Rule

In the wake of We Own This City’s first three episodes, the spark of optimism in The Wire’s ending has been completely lost in modern-day Baltimore still fighting the same war on crime 14 years later. Even worse, the warning that Baltimore would fall to further corruption, even as the corrupted lied to themselves that they were muddying their morals for the sake of the greater good is terrifyingly realized. The police department seeks arrest statistics, throwing all legal and moral rules out of the window as soon as recruits hit the street, and the definitive line between criminals and cops is blurred to the point of being invisible. The Wire showed good people capable of bad things and bad people capable of good, but in We Own This City the bad feel worse and the good are fighting against the tide.

As We Own This City episodes 2 and 3 confirm, even entirely irredeemable figures like Hersl (Josh Charles) are first protected by the system because of arrest numbers and then rewarded with a promotion that helps him feed his corruption. This is an officer with more than 50 complaints for brutality and false arrests, taught how to game the system to avoid punishment, just as Jon Bernthal’s Wayne Jenkins is by his superiors. And all the while, G-Money uses his criminal connections to bring in legitimate arrests cherry-picked to give the GTTF a chance to steal.

This future for Baltimore is a grim realization of the worst possible future for The Wire, where the lessons of corrupted former well-meaning politicians like Aidan Gillen’s Tommy Carcetti have gone to their dark extreme. In We Own This City’s world, the likes of Michael K Williams’ Omar Little seem far less corrupted, and even though Bernthal’s crew are ultimately brought to justice, the painful realization is that nothing was learned in the 14 years between the two HBO shows.

Next: We Own This City Perfectly Flips The Wire’s “Omar Comin” Scene

Controversial Netflix Show Was The Start Of Big Problems, Per New Report