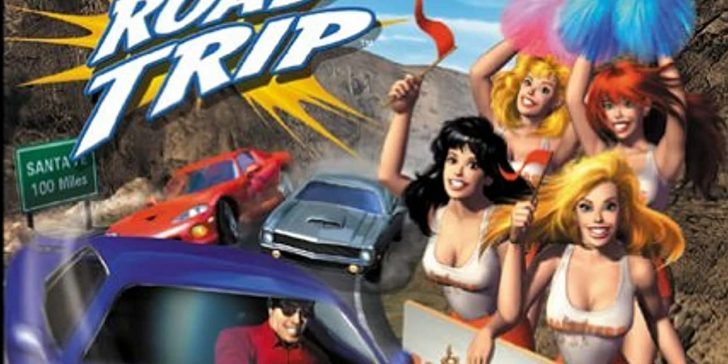 When you think of Hooters, what do you imagine? Chicken? Waitresses? Sonic the Hedgehog? How about cross-country racing? No? Well, then you, my friend, lack the imagination of the developers of Hooters Road Trip, a game released 20 years ago on this very day. Originally intended to be a generic racing title in the vein of Cruis’n USA, the game transmogrified at some point in development when either developer Hoplite Research or publisher Ubisoft decided that obtaining the Hooters license was exactly what this game needed to push it over the edge. And hey, credit where credit’s due — I’m still talking about it twenty years later.

Hooters Road Trip was a budget title for the PC and PlayStation released when the PlayStation 2, Gamecube, and Xbox were already on the market. But to its benefit, it was also before digital distribution, when bad console games were still seen as something of a novelty. There was a kind of naiveté to much games writing at the time, a sense that the early kinks of development and playtesting had been worked out and that most titles being brought to market were at least competent. Games that failed to clear this bar were objects of fascination — titles like Big Rigs received full reviews in major games publications.

Today, shovelware and terrible mobile ports fill digital stores. But back then, a truly bad game like Hooters Road Trip was something special. It provided an opportunity for writers and readers to share in a kind of proto-dunking — this was way before YouTube and the Angry Video Game Nerd. Gerald Villoria at Gamespot gave it a 2.5. Ivan Sulic at IGN wrote a 1500 word review of the game in which he described it as “but a box with a shallow plastic disc enclosed.” This was a time when you simply didn’t see the low end of the rating scale get used, so to read a review of a real video game that they were selling in stores with a score that low was a novel experience. I guess things haven’t totally changed in that respect.

It just isn’t unusual to come across a truly bad game like Hooters Road Trip anymore. They’re everywhere. Consumers fully accept that a large percentage of the titles sold on storefronts like Steam are asset flips or hastily-made and untested prototypes. Even more curated online stores like Nintendo’s eShop are packed to the gills with trash. There’s some pleasure to be had in finding and dissecting these titles, to be sure, but it just isn’t the same as it used to be. Hooters Road Trip represents a bygone era, when there were few enough games coming out that magazines and websites could dedicate entire reviews to budget titles in which FMV women congratulate you on “finishing first.”

As for Hoplite Research, well, their website is still up, but based on the design, I don’t think it’s been updated in a while. Perhaps unsurprisingly, Hooters Road Trip is not included among their list of releases.